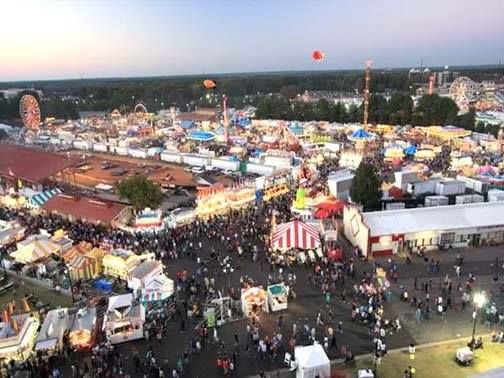 I still have a silver ring with my name etched into it from the Westchester County Fair in the 80s. When I think about the fair, the commercial jingle gets stuck in my head.

Livestock, a circus, live country music, rides and shows – the Westchester County Fair had it all and is a fond summer memory cemented into lots of our minds.

Though most of us remember the fair’s 1981 revival at Yonkers Raceway, the Westchester County Fair actually dates back to early 1690s. According to the New York Times, the fair was brought in the 80s back after it stop being produced in 1949 due to lack of interest.

In the early 1690s, it was required by law to hold the fair each year in Rye (some accounts say Bedford) and the borough of?Westchester (now part of the Bronx), though it was more like a farmers market that also traded or sold livestock back then.

The?Westchester County Agricultural and Horticultural Society’s failed fair attempts in 1874 and 1875, lead to to the 1886 parade that amassed thousands at Floral Park between Greenburgh and White Plains on Tarrytown Road, the New York Times reports.

Click here to read the full history of the Westchester County Fair in the New York Times.

We’re not sure of the exact year (late 90s or 00s) or why the Westchester County Fair was closed, but people on the?Yonkers, NY and Westchester in Pictures?Facebook page say the fair’s demise had to do with violence occurring at the fair.?

Thanks to the Facebook page Yonkers, NY and Westchester in Pictures?not only do we get to?reminisce and learn with these awesome, but we get to read everyones heartwarming memories.?Make sure you join the group’s private page for a full list of searchable images, here.