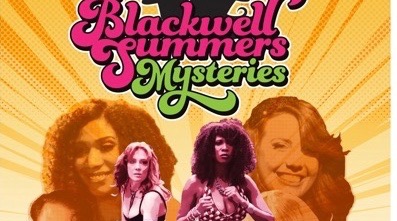 1.) Yonkers resident Rebecca Nyahay’s film “Blackwell Summers Mysteries” is being featured tonight at 7 p.m. at the Yonkers Film Festival. The 12 minute movie is directed by Emily Dell and features detectives Grace Blackwell and Raven Summers who use their brawn and beauty to fight injustice.

Check out their funding page and watch?a clip from the movie below:

Set in the 1970s, Blackwell Summers Mysteries is an action web series revolving around the detective agency of Grace Blackwell and Raven Summers. This feisty duo fights injustice and gives a voice to the defenseless, using a combination of brute force, killer brains and unapologetic beauty.

Blackwell Summers Mysteries is produced by?Nyahay’s company Reel Mavens, a production company that was founded by women and seeks to empower independent filmmakers, while encouraging diversity and making sure women are in front of and behind the camera.

Get tickets and the YoFi Fest line up below:

2.) The YWCA White Plains & Central Westchester’s Turn Up the Heat event was a great event with wonderful food and great company. If you weren’t there, here’s what you missed:

Thank you to all of our amazing chefs and mixologists for supporting Movers and Shakers! It was a fantastic night with…

Make sure you join the YWCA for their next event:

Image: Dashk/fotolia It can often feel as if Westchester isn’t as socially progressive as neighboring New York, but two forward-looking county cities have caught the eye of Washington, D.C.-based advocacy group Human Rights Campaign (HRC), which awarded Yonkers a perfect score of 100 and White Plains an 86 for their non-discrimination policies.

WHITE PLAINS – A 16-year-old White Plains girl has been saved from a sex trafficking ring. The FBI says 82 children between the ages of 13 and 17 were saved, and 239 traffickers were locked up in “Operation Cross Country.” Operation Cross Country is part of an annual nationwide federal undercover operation to rescue children from the sex trade.

YONKERS – Dr. Marta Tellado came from Havanna, Cuba to become the CEO and president of Consumer Reports. Kalisha Dessources is of Haitian-American background who went from White House intern to advisor to the White House Council on Women and Girls.