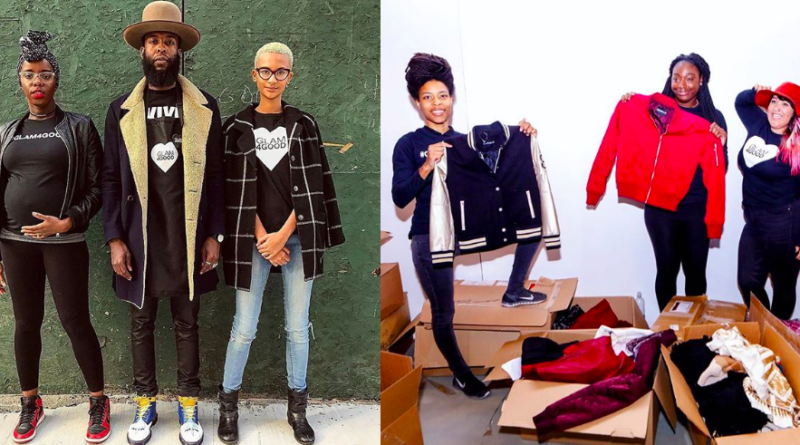 News and Info Today in the 914
November 21, 2016January 3, 2020 Westchester Woman 1458 Views Equality, Fashion and Shopping, Nonprofits, Who Give Back, Women Who Give Back

1.) More than 350 women and girls got to go on a free shopping spree in Brooklyn this weekend thanks to the BKLYN BUNDLE UP event that was organized by GLAM4GOOD.

The purpose of the event was to ensure that New York women in need had some warm clothes to wear this winter, while also giving them a fun day where they could feel like a VIP.

Our shopping sprees for free are really about honoring courage, empowering self-esteem and helping people in need, said GLAM4GOOD founder Mary Alice Stephenson, a 25-year veteran of the fashion industry.

Read more about the event below:

Fashion insiders shared some style and good cheer with nearly 350 disadvantaged women Saturday in Brooklyn by offering them a “shopping spree for free.” The BKLYN BUNDLE UP event, organized by the GLAM4GOOD nonprofit and held at Downtown Brooklyn’s new City Point venue, was orchestrated to give back to women and girls in need without making them feel like a charity case, according to organizers.

2.) As a state that has traditionally voted Democratic, it was shocking for some New Yorkers to understand how Donald Trump could be elected President. So, Humans of New York is helping us get to know and understand our fellow countrymen and women in Detroit, many of whom voted for Trump.

Macomb County has made a lot of news lately. A northern suburb of Detroit, the county is largely ‘blue collar’ and its…

New York, these are your fellow Americans…

“I think a lot of people live on the borderline of racism. I work in a machine shop with about thirty older guys. I…

“If I think back, I get depressed. If I think ahead, I get afraid.”

“My father was on strike one Christmas. I think I was six years old. And whenever the union was on strike, we’d go…

“Don’t get me wrong. I want everyone to get along. And I don’t want to sound racist. But they’re coming into our…

“I feel homeless. Like this isn’t the place that I thought it was. I feel like I don’t understand where I am. Where…

“I’ve known since I was thirteen. It wasn’t a struggle for me. I didn’t question whether it was ‘right’ or ‘wrong.’ I…

“I thought we were happy. We had two kids. She was a great mom. But three or four years into our marriage, she…

“This racial stuff to me is BS and I’m tired of hearing it. I have it made because I’m a white male? I’m prejudiced? …

“I broke up with my girlfriend this morning. We’d been together for three years. But I’m Catholic, and she doesn’t know…

“My sister moved in, her five cats moved in, and her ex-husband moved in. It’s driving me nuts. My sister watches those…

3.)?New York Gov. Andrew Cuomo is speaking out against the spike in hate crimes across the country in wake of the election and says his?administration is currently investigating incidents.

“Let me be very clear: These acts of hate and intolerance go against everything New York stands for. We have welcomed generations of immigrants with open arms. This state will continue that proud legacy we will not turn our backs and we will not let this heated rhetoric divide us,” said Cuomo.

Those who’ve experienced bias-motivated threats, harassment or discrimination can call ??(888) 392-3644 from 9 a.m. to 5 p.m. Monday – Friday to report the incident.?If you reporting a crime or are in danger, of course, call the police or 911.

?”We will stand strong united in the face of intolerance and show the world that we are one people, one family, and one New York.”

New Yorkers are also finding creative ways to transmute some of these negative and hateful acts into something positive. Some creative subway riding New Yorkers are turning swastika graffiti into messages of love and art.

Joseph L There has been a rash of anti-semitic and racist graffiti spotted around NYC in the wake of Donald Trump’s election, and the trend continued this weekend when straphangers spotted swastikas and pro-Trump hate messages on the 1 train.

Saturday is Women’s Entrepreneurship Day, and this year some business owners have reason to celebrate. Women now own 9.4 million businesses in the U.S., accounting for about one-third of the national total. In New York City, the number of women-owned business in Brooklyn grew 77 percent over the last decade, with a 64 percent increase recorded in Queens.

WOODBURY – A federal decision to allow the dumping of treated sewage into the Long Island Sound has residents outraged. “I used to see the dolphins there when I was a kid,” says William Young, of the New York Coalition for Recreational Fishing.

Pope Francis Rules All Women Can Be Forgiven for Abortions

On Monday, Pope Francis gave all Catholic priests the power to forgive abortions, permanently extending a special exemption he granted during the Church’s Year of Mercy, which ended Sunday. Under this new ruling, Catholic women who have had abortions can go to any priest, confess, and receive forgiveness for what the Church catechism has long considered a “moral evil.”

PEEKSKILL – The Franciscan Sisters are seeing a dramatic surge in donations to their online fundraising campaign to help replace several broken boilers at their home overlooking the Hudson River. After The Journal News/lohud’s story about them went online Thursday, the sisters’ youcaring.com account – an effort called “Heat for the Sisters” – went from a few-thousand dollars Thursday morning to more than $104,000 as of Monday afternoon.