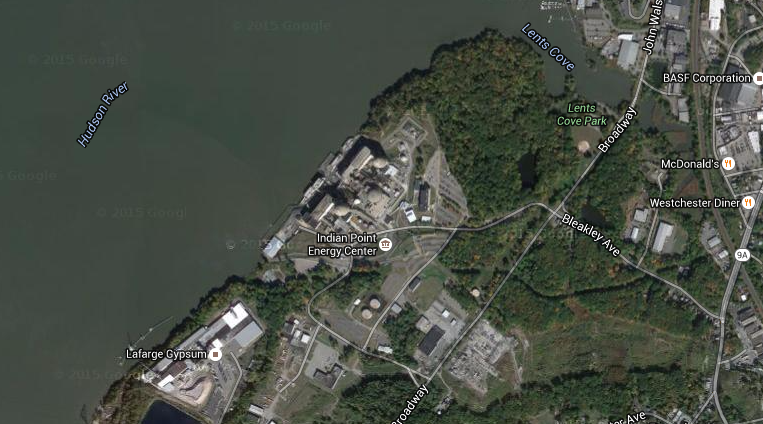 The national and local media don’t seem to be on the same page today when it comes to the level of severity of recent?radioactive contaminant leaks?into the groundwater at Indian Point.

When you ask the national media they say Indian Point is causing an?”uncontrollable radioactive flow” that is “contaminating the Hudson River” and liken the facility to the site of largest nuclear explosion in history dubbing it “Chernobyl on the Hudson.”

RT.com recently interviewed Joanne DeVito who says?she and?her two daughters were all diagnosed with thyroid cancer in 2013, after living near Indian Point for two decades. She says her sister, who lived in White Plains, died of a different cancer but that the cancer isn’t genetic and doesn’t run in her family.

The website also quotes?Joseph Mangano, executive director of the Radiation and Public Health Project, who says the?area around Indian Point, which includes White Plains, is a cancer cluster,?and that the local rate of thyroid cancer is 66 percent higher there than the national average. Read the full story in RT.com here.

“And because the river is a tidal estuary flowing as much as 20 miles above and below the nuclear site, radioactive contaminants may be sucked into the drinking water systems of several river towns,” writes the journalist Roger Witherspoon.

He even warns that Entergy’s assertion that there is no public health risk “may not be true.” Read their full story here.

The local media, however, doesn’t seem?as panicked and is disseminating what Entergy, the Nuclear Regulatory Commission (NRC) and New York politicians are saying

Peekskill-Cortlandt Patch explains that, according to Entergy, the “tritium concentrations do not pose a health or safety consequence to the public, the workers at Indian Point, or to aquatic life in the Hudson River and they have no effect on any sources of drinking water.”

Contaminant counts?were less than one-tenth of one percent of federal reporting guidelines and Entergy voluntarily reached out to other government agencies and stakeholders to report the leak, Patch.com reports. They set up an information line about the tritium leak at?1-800-472-6372. Entergy is?currently looking to locate and repair the leak, as well as figure out?how they’ll prevent future leaks.

Neil Sheehan of?the Nuclear Regulatory Commission (NRC) told LoHud.com that, “All nuclear power plants are allowed to release radioactive liquid and gases?but they have to do it in a very controlled and precise manner.?An uncontrolled, unmonitored pathway to the environment? in this case the Hudson River? is unacceptable.”

Indian Point, which is up for a license renewal, has had leaks in the past and several unplanned shutdowns last year, according to Lohud.com.?Activists, politicians and Gov. Andrew Cuomo have called for the plant to be shut down.

Activists and Rep. Nita Lowey (D-Westchester/Rockland) criticized the NRC for “poor oversight” and “not adequately prioritizing public health and safety,”?and said that the three resident inspectors who work full-time at Indian Point have turned a “blind eye” on the facility’s inadequate pump system.

Here she is questioning the NRC’s chair on Feb. 10:

You’ll be able to hear a test of Indian Point’s sirens in Westchester, Rockland and Orange between 10:30 a.m. and 11 a.m. Wednesday?morning. In an event of a real emergency, the siren would advise the public to turn on the TV or tune into their local EAS radio station. Read about the test more in LoHud.com here.

So what are you’re thoughts on the latest leak at Indian Point?