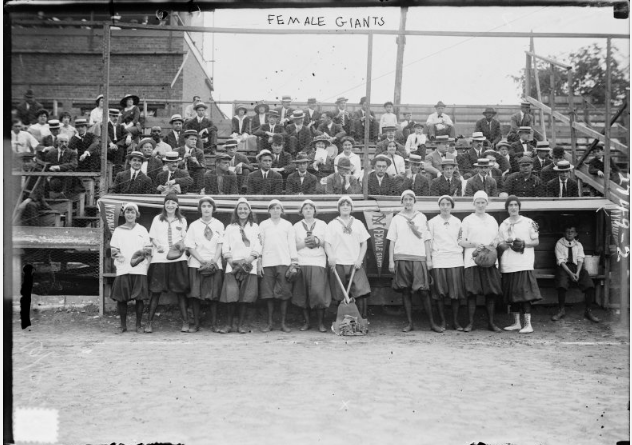 Here’s what’s happening Today in the 914, according to Westchester Woman:?Girls Are Being NY’s Grace VanderWaal for Halloween; History of the NY Female Giants; MORE.

1.) You know you’ve arrived when you’re a Halloween costume. And New York’s beloved Grace VanderWaal has surely arrived. Not only is she performing?in tonight in Las Vegas with her fellow America’s Got Talent artists, but she’s also a Halloween costume this year:

Guess who my little sister is going to be for Halloween. @GraceVanderWaal

The Suffern singer is currently recording an album (which we CANNOT wait for!!!) and will be performing with Cyndi Lauper in her annual holiday show, according to lohud.com. She really is THE coolest!

2.) The New York Female Giants baseball team was formed in 1913 and had 32 players who competed against one another on the Red team and Blue team. According to an article in Time, it is believed that the team was created by John McGraw who managed the MLB New York Giants at the time.

Learn more about this historical team below:

See How the New York Female Giants Made Baseball History

When the first game of the 2016 World Series begins on Tuesday night, every player on the field will be, as has always been the case with Major League Baseball, a man. But female ballplayers aren’t just the stuff of fiction or even wartime necessity.

3.) While New Yorkers spend less time inside houses of worship tax exemptions for religious groups in the state have doubled between 1999 and 2015 from $14 billion and $26 billion, lohud.com reports.

Watch their video on the report below:

You can find the full story here:

New Yorkers are spending less of their time in traditional houses of worship, but their financial support for those spiritual centers is stronger than ever – at least judging by their tax bills. Statewide, the value of religious groups’ land bypassed for taxation has nearly doubled from $14 billion to $26 billion between 1999 and 2015, a USA Today Network analysis has found.

Hundreds of women, girls and other supporters proudly donned their yoga pants Sunday as they peacefully paraded around the Rhode Island neighborhood of a man who derided the attire as tacky and ridiculous. Alan Sorrentino said the response to his letter to the editor, printed in The Barrington Times on Wednesday, has been “vicious” and that he’s received death threats.

No Boys Allowed: Inside a Stunning New Social Club Made for Women, By Women

Call it what you want: a pink-swathed feminist version of Soho House, a gathering space for the Emily Weisses and Lena Dunhams of New York, a place to eat chia seed pudding from Dimes. But The Wing, a new female-only members club founded by Audrey Gelman and Lauren Kassan, is so much more than its curb appeal, or too-coolness depending on whom you talk to.

LARCHMONT, N.Y. — There’s a new presidential candidate in town with all of the intrigue and drama of this current election.”The Candidate,” by Author Lis Wiehl — her 16th book — is fiction, though you’d never know it from t…

From St. Christopher’s Inc. : St. Christopher’s, Inc. – a local organization dedicated to helping children with special needs and their families – today announced that Independent Living Services Specialist Mary Sofianos is among the list of individuals, agencies, and philanthropists to receive one of the first-ever New York Nonprofit (NYN) Cause Awards.