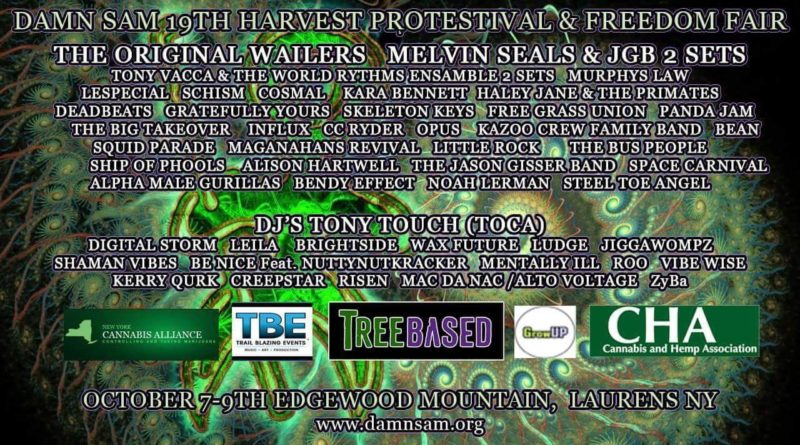 1.) It’s that time of year again to celebrate music, freedom, activism, love and each other at the 19th New York Harvest Festival and Freedom Fair from Oct. 7 – 9 at Edgewood Mountain in Laurens, NY. 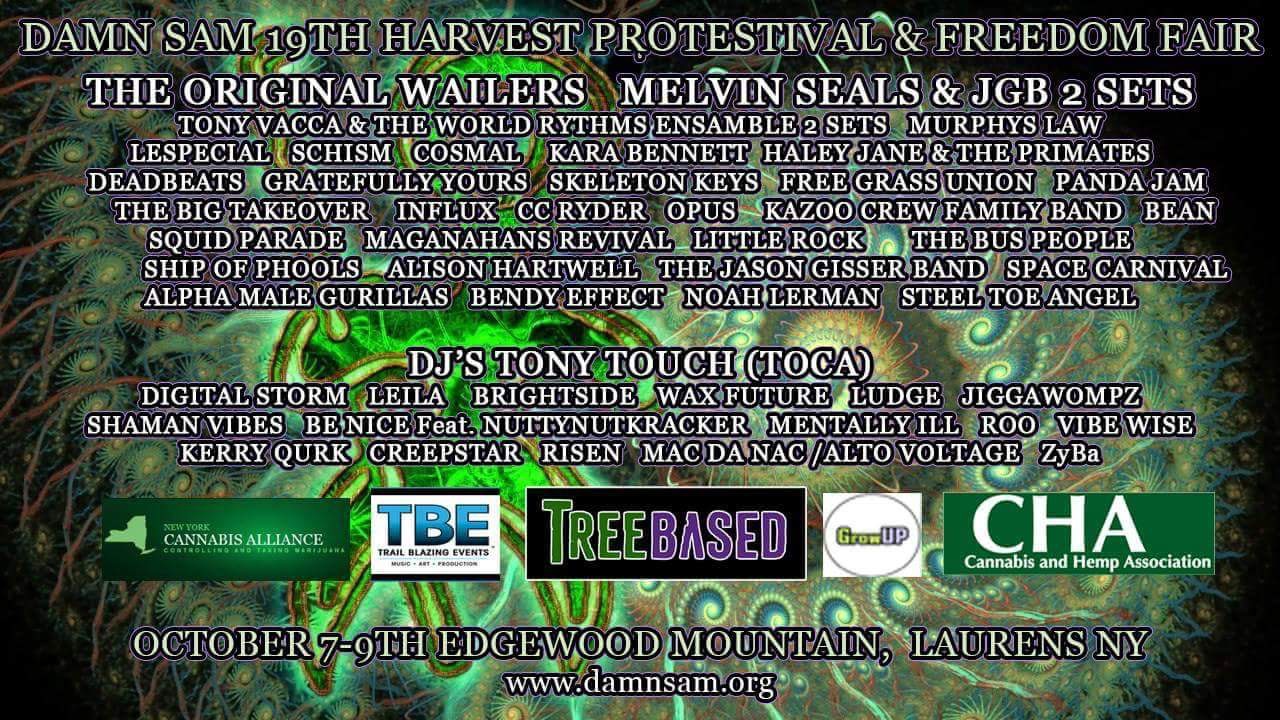 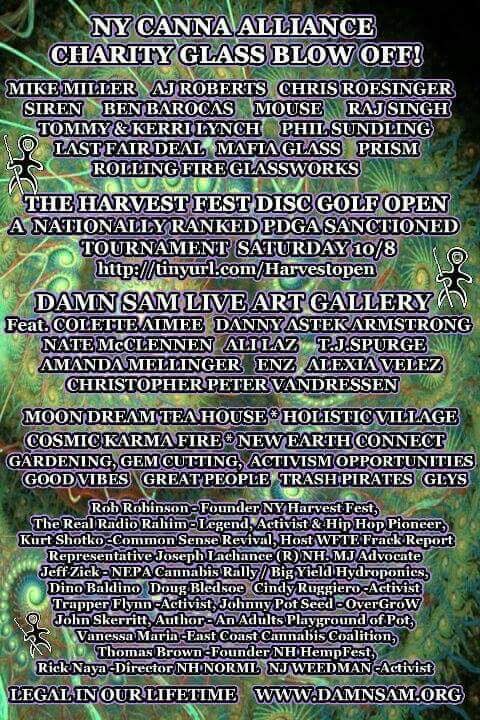 Proceeds from the event will go toward Damn Sam’s activism in making marijuana legal in New York in our lifetime.?Rob Robinson is the founder of?Damn Sam Productions, which was started in the early 1990s in Beacon, NY to raise money for pro-freedom activism. Fund raised at Harvest Fest and other Damn Sam ventures go to organizations that focus on marijuana/hemp laws, the NY Cannabis Alliance and the War on Drugs and its impact on society, such as the disproportionate arrest and incarceration for drugs in communities of color.

Learn more about Damn Sam below:

Damn Sam Productions was conceived in the early 1990s in Beacon, NY (the home of environmental activism as we know it) and was further developed at the famous Arrowhead Ranch in Parksville, NY. DSP was founded to raise money for pro-freedom activism in NY and beyond.

2.) Former head of CNN Jon Klein, the co-founder and CEO of TAPP Media, will host a discussion, “Are you seeing what I’m seeing? Trump vs. Hillary and other news phenomena,”?at the Alamo Drafthouse Cinema in Yonkers on Thursday, Oct.6 at 7 p.m. (doors open at 6:30 p.m.). Tickets are $17 at the door and proceeds wil go to A Cure In Our Lifetime, a breast cancer charity.

The title of Jon Klein’s Lohud Speaker Series event, Oct. 6 at the Alamo Drafthouse Cinema in Yonkers, is a question about news consumption today: “Are You Seeing What I’m Seeing?” The answer, said Klein, the former president of CNN, is a resounding no. “Everyone is crafting their own personalized feed of news.

The talk will be followed by a screening of “The War Room,” a 1993 American film about Bill Clinton’s campaign for president of the United States during the 1992 presidential election with available in-theater dining and beverage service. Click above for tickets.

75 Years After Saying ‘I Do,’ Ex-White Plains Couple Celebrates Anniversary

MAMARONECK, N.Y. — Three elders who live in a non-traditional part of a Mamaroneck nursing home celebrated two major milestones this month. According to the folks at the Sarah Neuman Center, the celebrants were Peter and Virginia Day and Frances Russillo.

Lowey Secures $749,927 For My Sisters’ Place Of White Plains

Photograph by Geoff Tischman I never thought I’d be a pet person. But on the day a starving kitten showed up at my backdoor during a raging blizzard, that all changed. As I write this, a tiger-striped furball is curled up on my lap and purring.