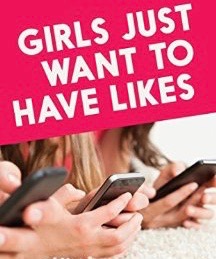 1.) Girls today exist in an unprecedented world where much are their lives are lived and expressed online. From the need for validation from others, to online bullying or?just starring at a screen for hours good parenting is needed to help these kids navigate this new world of technology.

Thankfully,?Westchester woman Laurie Wolk has created a free e-book for parents to help girls develop healthy social media practices, social and leadership skills. Here’s what our friend at EmmaWestchester had to say about Laurie’s book:

Free e-book on Kindle about parenting in the digital age. Basically it comes down to a few things– One of them being "…

Posted by EmmaWestchester on Friday, October 14, 2016

Here’s Laurie talking about her book:

For more information on Laurie, visit her website below:

2.)?Liz Kuhlkin of Rotterdam, NY recently set the national record?for the highest three-game series by a woman when she scored 890 during

An Upstate New York woman had a historic night of bowling on Monday, setting a national record for the highest three-game series by a woman with a score of 890?at the Towne Bowling Academy in Schenectady, NewYorkUpstate.com reports.?The 23-year-old set the record for men and women in?the Schenectady Bowling Association and broke the national record for women in the U.S. Bowling Congress.

An Upstate New York woman had a historic night of bowling on Monday, setting a national record for the highest three-game series by a woman with a score of 890. Liz Kuhlkin, 23, of Rotterdam, fell just one pin short of a perfect series at the Towne Bowling Academy in Schenectady, WNYT-TV reported.

3.) As the need for public services rise, funding for those services dwindle. The Federation of Protestant Welfare Agencies, the Fiscal Policy Institute and the Human Services Council is hosting a discussion on Oct. 28 that aims to assess challenges that are occurring in Westchester and to come up with creative solutions to these challenges. Get the details below:

The upstate native was listed above Elizabeth Warren, no less. Photo courtesy of the Online Office for Senator Kirsten Gillibrand For all the controversy drummed up by WikiLeaks’ recent release of Hillary for America Chair John Podesta’s e-mails, one message to Mrs. Clinton in particular might be of unique interest, and maybe even pride, to some New Yorkers.

IRVINGTON, NY – Twelve water faucets at two Irvington district schools have tested above the acceptable limit for lead contamination. Superintendent Kristopher Harrison, in a letter emailed to parents, said none of the drinking fountains were found to be contaminated.

Taking On the Boys’ Club at the Art Museum

LONDON – The directors of two of the world’s most popular art museums recently announced their resignations. Martin Roth, the director of the Victoria and Albert Museum, will step down this year, and Nicholas Serota, the director of the Tate museums, both in Britain, will depart next year.

Officers went to the Pugsley Avenue apartment around 6 p.m. Tuesday after a neighbor called 911 about an “emotionally disturbed person,” Assistant Chief Larry W. Nikunen said. A sergeant entered the seventh-floor apartment and encountered the woman, who was armed with scissors, but he persuaded her to put them down, Nikunen said.