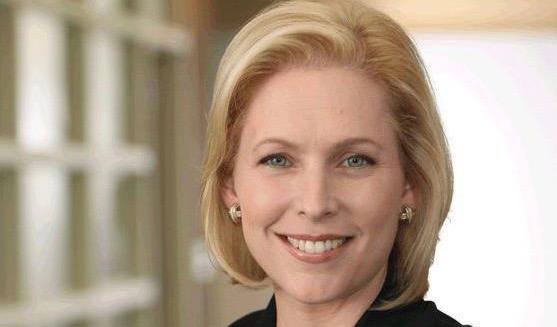 Here’s what’s happening Today in the 914, according to Westchester Woman:?Melissa is Beauty of the Month; Lack of Confidence, Encouragement is Why Women Don’t Run For Office; MORE.

1.)?According to the New York Times, women are just as likely as men to be elected to political office. However, the reason women are unrepresented in elected positions is because they don’t run in the first place.?This is because of the?”encouragement gap.”

“The so-called ambition gap has a few causes, researchers say. Women are less likely than men to be encouraged by parents, teachers or party leaders to run yet they are also less likely to run without being prodded,”Claire Cain Miller writes. “They underestimate their abilities and assume they need to be much more qualified than men to run for the same office.”

While men have the self-confidence to run for an elected?position, women will wait until they feel that they are fully qualified for the role or until someone else encourages them to do so.

It took 10 years volunteering to have the actual self-confidence to say, I can run for office, New York State Sen. Kirsten Gillibrand told the New York Times?said. Women are the biggest self-doubters.

The New York Times says that this self-doubt and lack of confidence could stem from our society which is more likely to reward men for ambition and less likely to award women. Women are socialized to be hesitant about promoting themselves. Researchers suggest that team sports, having role models and encouragement from parents, teachers and political leaders can help women get out of their heads and into leadership roles.

Part of the reason is that society rewards men for ambition, but not necessarily women. Women are socialized to be hesitant about promoting themselves.

The Problem for Women Is Not Winning. It’s Deciding to Run.

In the last mayoral elections in the top 100 cities, only 19.3 percent of candidates were women, according to a new report by the CUNY Institute for State and Local Governance. Among college students, men are twice as likely as women to have considered running for office someday, according to a study by Jennifer L.

2.) Melissa McCarter owns who she is without apology. That’s what makes her feel beautiful and that’s why this “courageous dare doll” is October’s “Beauty of the Month.”

What Makes You Feel Beautiful is a project by photographer Monica Marrow who selects a woman who exemplifies inner beauty to be the “Beauty of the Month.” Marrow transforms?their outer appearance with a stunning photo shoot and lets her subjects inner beauty shine by asking them a series of questions on what makes them feel beautiful.

“All women are beautiful and need to feel beautiful,” says Marrow. “As we?love ourselves from the inside out?it will radiate not only through?the image but in life.”

Marrow has been doing Beauty of the Month since 1998. McCarter, who is a poet, writer and dancer and has struggled with being in abusive relationship, shares her rules for feeling?beautiful:

“Find every opportunity to dance! Go ahead, have an alter ego, a fun secret, funky hair color… Trust yourself, do what scares you, learn something new. Be a little naughty!”

Find out what else makes McCarter feel beautiful and learn more or donate to the What Makes You Feel Beautiful project below:

The Editorial Board of The Journal News/lohud.com endorses the following candidates in the 2016 general election: ELECTION DAY 2016 GUIDE: Where and how to vote Both incumbent Democratic Sen. George Latimer and his Republican challenger Julie Killian have so much more to offer than snipes and swipes; they are thoughtful and smart, and clearly make decisions about politics and policy with a healthy dose of compassion.

Women across Iceland left work early yesterday to protest a gender wage gap they claim has them working most afternoons for free. The disgruntled workers left their desks and stations at precisely 2:38 p.m. the exact time that their pay stops being equal to men who do the same job.

The Mount Vernon Police Department has been awarded an $84,000 federal grant for body cameras, Rep. Eliot Engel announced on Tuesday. The grant will help develop, implement and evaluate a Body Worn Camera Policy and Implementation Program as part of the Police Department’s larger effort to build closer relationships between police and the community.

NORTH SALEM, N.Y. — Lynn Povich thought she was writing history when she published “Good Girls Revolt” in 2012. Her non-fiction book about the job discrimination — and sexual inequality — that occurred at “Newsweek” in the mid 1960s, prompting her and 46 female colleagues to sue their employer, has gained even more relevance in light of the Roger Ailes ouster at Fox News and Republican Presidential Nominee Donald J.

Jon Caldwell and Nicole Hughes had some help from the Headless Horseman (Hugh Francis) with his marriage proposal, at the Horseman’s Hollow at Philipsburg Manor in Sleepy Hollow, Oct. 8, 2016. (Video by Mark Vergari/The Journal News) Think your Halloween celebrations have to end on Oct. 31? Think again.