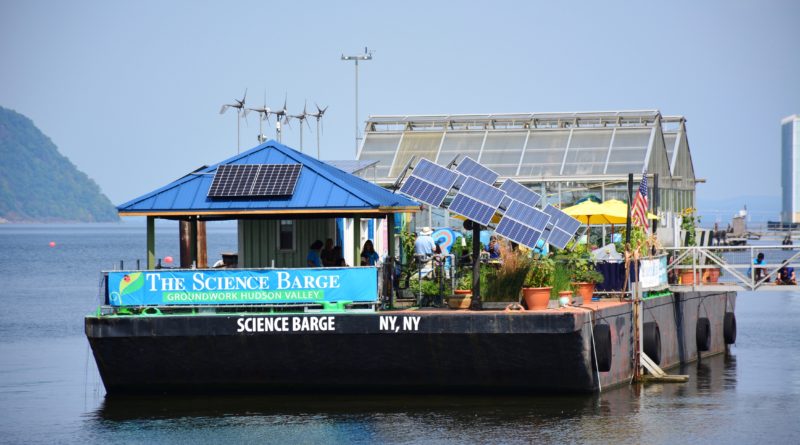 1.) Nonprofit Westchester wants to?#KeepWestchesterThriving?and invites you to learn about the budget process and discuss the county’s priorities for the budget and how they can ?be achieved.

Join them on Friday at Pace Law School. Details are below:

Don't forget to join us on Friday! Are you concerned about the county budget process?Would you welcome a discussion on…

2.) Thanks to a $50,000 donation from Green Mountain Energy Sun Club Yonkers’ Science Barge is getting a brand new energy efficient system.

This donation from the Sun Club propels the Barge into the next era, totally updating the energy system that powers our hydroponic farm. We will now have double the solar power and double the energy reserves, said Bob Walters, director of the Science Barge, a program of Groundwork Hudson Valley.

An anonymous donor allowed Groundwork to buy the Science Barge,freeing them from a long-time lease obligation. The Science Barge is funded by the City of Yonkers, ConEdison, Domino Sugar, NOAA, the EPA and Hudson River Foundation.

Now, with the new energy system, the Barge is positioned to demonstrate and teach sustainable farming for the future, with zero carbon emissions, zero pesticides, and zero runoff, Walters said.

The biggest request for tax breaks comes from AvalonBay, whose $183 million development includes 609 apartments in three different complexes along Alexander Street on the Hudson River. Yonkers officials are considering more than $7.2 million in tax breaks for developers and businesses.

ALBANY – Getting more mail from your state legislator in advance of an election is expected, but some of it may be funded by taxpayers. In fact, the state Legislature between October 2015 and March this year increased spending on mail to constituents by 7 percent compared to the same period in 2014, the last time lawmakers were on the ballot, state records reviewed by the USA Today Network’s Albany Bureau showed.

NEW YORK — Thanks to environmental groups such as Pace University’s Energy and Climate Center, New York State is looking good in green. The school’s center and others organizations have worked to develop and promote policies that reduce greenhouse gas emissions across the state.

Funeral arrangements have been made for Michael Fahy, the NYFD Battalion Chief who died Tuesday in an explosion at a house being checked for a gas leak. A Yonkers resident, Fahy, 44, grew up in Rockland County, graduating from North Rockland High School in 1990.