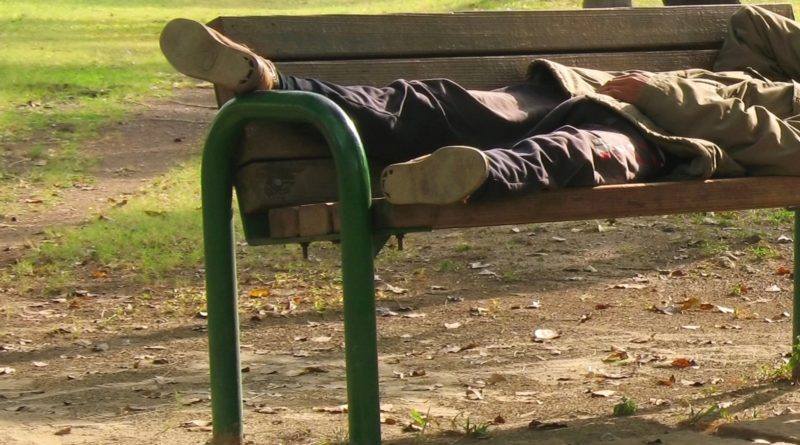 1.) This story was updated on Sept. 27 to reflect comments made at a City press conference on Sept. 26.

According to several reports on social media and the Yonkers Voice, homeless people were forced out of shelter to spend the night in the rain this weekend. ?Karl Bertrand, who says he started the Sharing Community in Yonkers?20 years ago, told Yonkers Voice that some of?the homeless individuals at the shelter were vacated after Yonkers building inspectors, police and fire department told?the Sharing Community’s homeless shelter that they were over capacity. The City has said that they did not force anyone out of the shelter.

They even reportedly barricaded the church so homeless people could not get in, according to reports in the Yonkers Voice. Only a limited number of?homeless individuals?were allowed to stay at the shelter.

An outdoor shelter was erected, while others slept on sidewalks, parks and other places. Here’s a video of our Westchester neighbors who were forced to sleep outside, one of them a Vietnam veteran.

Here’s more information on the situation from Yonkers Voice, who appears to the only media outlet reporting the story:

Mayor Spano, you are a Mayor of the People NOT of some of the People. For the last 3 nights Yonkers Police/Fire and Building Dept have made nightly midnight raids on Yonkers ONLY two emergency overnight homeless shelters. The two overnight-only SHELTERS run by the Sharing Community, shelter around 90 people per night.

According to Bertrand, the court will decide today whether Yonkers is allowed to close The Sharing Community at 101 North Broadway. Activists want the City to find a new location for the emergency shelter if the current location is deemed unfit.

The City of Yonkers held a press conference at noon on Sept. 26 where Mayor Mike Spano confirmed that building, police and fire inspectors did go to the shelter on Friday and told them that they were overcapacity.
The City says?that the shelter was in a state of disrepair because of its “inhumane conditions,” including exposed wiring and carbon monoxide.
Spano also said that homeless individuals were not told that they had to vacate the shelter, and that the County is housing homeless from around Westchester County in the Yonkers shelters.?Spano blamed the County for not creating adequate shelter for the County’s homeless population. The shelter is funded by Westchester County.
“What the County is doing is immoral,” said Spano.
You can watch the press conference below:

“The County should pay for it but the City controls zoning and must allow it to be somewhere,” Betrand said on Facebook. “Several years ago Yonkers rewrote its zoning code to prohibit churches and non-profits from sheltering the homeless ANYWHERE in Yonkers. Then it has tried to shut down every existing site by saying it is inadequate. That is hypocritical. It’s like blaming your children for not going to sleep while you’re driving them out of every room as soon as they lie down. One simple question cuts away the City’s hypocrisy: If not here, where??Whenever you hear the Mayor or his staff say that a homeless facility is not good enough for the homeless, just ask him: If not here, where?”

2.) The?Presidential Election?is in the minds of us all and artists are no exception. Marcy B. Freedman has put together two upcoming performances. Here are the details:

On Sunday, October 23 from 1 to 4pm, Marcy will be joining Carla Rae Johnson to present Red, White and YOU! ?Election 2016: Stuff for President at The Akin Library & Museum, 378 Old Quaker Hill Road in Pawling, NY. ?These two local artists, one with red hair and one with white hair, will lead tours of the collection, focusing attention upon a select number of objects that could be candidates for the highest office in the land. 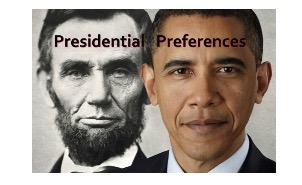 During these tours, each artist will point out those qualities of a particular object that make it suitable for the job of President of the United States of America. ?For example, Freedman might sing the praises of the ivory-billed woodpecker because its enormous white bill enables it to hammer its opponents into submission. ??Meanwhile, Johnson might talk about the shrunken head from Ecuador, pointing out that this candidate does not suffer from an inflated ego or big head. ?After hearing about all of the candidates, participants will be able to cast their ballots. ?At the end of the afternoon, Freedman and Johnson will tally the votes and announce the winner of Stuff for President.

On Saturday, October 29 from 11am to 3pm, Freedman will address the topic of presidents in a different manner. ?Her interactive performance called Presidential Preferences will be presented at The Black Cow Coffee Company, 4 Old Post Road South, Croton-on-Hudson, NY. ?The artist will be conversing with individuals about the fact that Barack Obama is a long-time fan of Abraham Lincoln. ?She will ask participants to chat about the similarities and differences between these two U.S. leaders.

3.) Stop faking it and get yours. Here’s some tips from Women’s Health on how to orgasm EVERY time.

5 Habits of Women Who Orgasm Every Single Time

While it may seem the stuff of mythical legends and daytime TV, there are women who do, indeed, reach that magical climax every time they have sex. And no, they’re not faking it. We turned to two top experts to find out just what everyone else can learn from the women who never have trouble crossing the finish line.

TARRYTOWN, N.Y. — Jenifer Ross’ career profile spins around like an unsteady compass needle. It’s hard to pinpoint exactly what the over-achieving Tarrytown woman does in her work, but the common thread throughout is bringing people, and the community, together. “I don’t fit into any one box,” Ross said.

The Woman’s Club of White Plains held a Community Open House and day of remembrance for those lost on 9/11 at the CV Rich Mansion on Sunday, September 11. The Club awarded a total of $12,000 in donations to six local non-profit organizations, many of which have been partners with the Woman’s Club for close to 100 years.