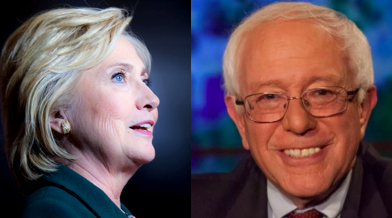 With the announcement of?Hilary Clinton’s appearance at SUNY Purchase on Thursday, students began asking why her Democratic opponent Bernie Sanders?wouldn’t be appearing as well.

“We welcome the opportunity to host this event,” said SUNY Purchase?President Thomas J. Schwarz. “?It’s a valuable educational opportunity for our students to see part of the election process up close and we hope it will encourage them to further engage and to vote.”

Students and former students had a fit and started accusing the college of political favoritism. SUNY Purchase explained that:

“We are only the venue and impartial. If the Sanders campaign contacted us, they could have the space as well.”

One student, Derek Sherry, is trying to make that happen.?He started a Change.org petition to get Sanders to speak at his college, which now?has 365 signatures out of the petition’s 500 goal.

“While her visit will be a great opportunity for those who wish to better understand her policies and express their enthusiasm or concern, a majority of our campus is actually?feeling the Bern,” the petition reads.

“One of the college’s club, SUNY Purchase for Bernie Sanders (a group I am proudly a part of), has been trying to get in contact with the Senator’s campaign in hopes of having him come and speak, with no success. Our hope is that with enough attention (and signatures), Bernie will take time out of his busy schedule and make a stop on the campaign trail to speak for us.”

The petition goes on to persuade Sanders on how visiting Westchester will benefit his campaign. As of now, his New York campaign stop will be in the South Bronx?where he’ll talk about?”wide range of issues, including getting big money out of politics, his plan to make public colleges and universities tuition-free, combating climate change and ensuring universal health care,” his campaign told lohud.com reports.

Clinton is also scheduled to discuss “her plans to?raise incomes and get results for all communities, keep Americans safe and bring the country together,” at Harlem’s Apollo theatre, according to lohud.com.

Here’s how you can attend her event at SUNY Purchase:

The Democratic presidential primary is on?April 19 in New York. Today is the last day for the Board of Election to receive your application to vote in the primary. Here are the details.

One thought on “Will Bernie Sanders Join Hilary Clinton in Visiting Westchester?”