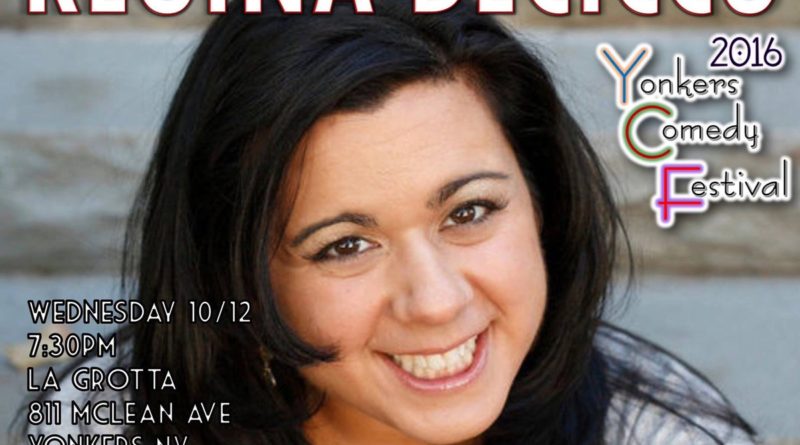 1.) Tomorrow is Ladies Night at the Yonkers Comedy Festival at 7 p.m. at La Grotta, 811 McLean Ave. in Yonkers.?Here’s the line-up: 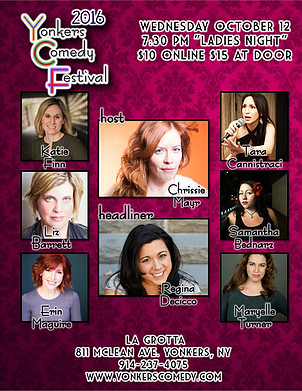 2.) White Plains resident Douglas Geller, 23, says that anyone can pursue their dreams if they are dedicated and never give up. But sometimes?those dreams are so much better when you have?someone you love by your side.

His new book?The Dreamer, available on Amazon,?follows the life of MMA fighter?Matt Schwartz who on a journey to fulfill his dreams. However, he finds that the most important part of his fight is the people outside of the cage.

“Michelle represents the best in him, how it takes more than action to make a dream a reality. It takes someone willing to stand by your side. Michelle is someone who challenges him, who does her best to look past flaws and help make the change but at the same time she stands her ground in what she believes in. As the book progresses so does Matt and Michelles relationship, it shows the good, the bad and the challenges of a relationship,” said Gellar, who works in public relations and has written for?The Ithacan, The Examiner and Patch.

“Despite the challenges, I hope you see the joy in pursuing a dream with someone you care about by your side. How letting someone be a part of something you love makes it that much better. As someone who has been in a relationship while pursuing my dream, Ive seen this first hand and will always be appreciative of that!”

Doug’s book is free on Kindle and $9.15 for the paperback:

3.) New York Girl Scouts say they need visible role models and are working on an advocacy and fundraising campaign called, “Central Park, Where Are The Women?” The funds they help raise will be used to erect statues of suffragists Elizabeth Cady Stanton and Susan B. Anthony in Central Park.

“There are no statues of women, and there’s tons of men,” says Pippa Lee, 10, a scout with Manhattan’s Girl Scout Troop 3484. “We really need a woman’s statue for girls to look up to, not just Mother Goose or Alice in Wonderland. They don’t count.”

Pamela Elam, who is spearheading the effort along with Stanton’s great-granddaughter, Coline Jenkins says they are trying to “crack the bronze ceiling.” They hope to raise enough funds so that the statues go up by 2020, which will mark 100 years since women won?the right to vote.

Read more about their efforts on NBC New York:

Wander through Central Park past monuments to figures including Christopher Columbus, Alexander Hamilton, William Shakespeare and Sir Walter Scott, and it may suddenly hit you: Where are the women? There are none, if you discount fictional characters like Mother Goose and Alice in Wonderland.

3.) Local activists have sacrificed their?freedom once again to protect the wellbeing of their Mother Earth in New York by protesting the Spectra’s gas pipeline. Demonstrators have crawled inside parts of the pipeline on the construction site in Verplank, but negotiated with the police to only face reduced criminal trespass charges as long as they leave the pipes by noon.

Those who have been inside the pipeline since Monday morning say they are doing this for the welfare of the environment and health and safety of their families.

Demonstrators who crawled into pipe reach deal with police

VERPLANCK – Four demonstrators who crawled into a pipe to stop construction at the Algonquin pipeline project in Verplanck reached a deal with a state police tactical team on Monday evening. The protesters negotiated a deal with police that they will only face reduced charges of criminal trespass if they come out on their own by 12 p.m.

Take a hayride, carve a pumpkin, make apple cider, build a scarecrow – so many ways to celebrate the bounty of fall and you can do it all at the many fall festivals starting this weekend. Check out our picks for endless autumn fun.

Chihuahua Found Dodging Cars Up For Adoption In Briarcliff Manor

BRIARCLIFF MANOR, N.Y. — A tiny Chihuahua found roaming the streets is up for adoption at the The SPCA of Westchester County in Briarcliff Manor. Juan, seven, was rescued from running around busy streets and even dodging cars, according to the animal shelter. Luckily, he was captured by animal control authorities and brought there.

OSSINING, N.Y. — Lindsay Farrell moved to Ossining 33 years ago not knowing a soul, a baby in tow and limited business experience. There was little to portend at the time that she would advance to a long-held leadership position with on…