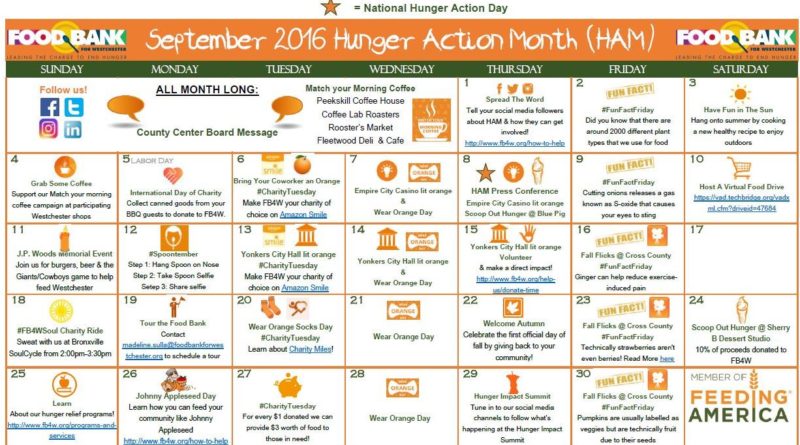 As a part of Hunger Action Month, SoulCycle in Bronxville?is hosting a charity ride event in an effort to Bike to Beat Hunger. The SoulCycle Charity Ride is on Sunday, Sept. 16 at 94 Kraft Ave. in Bronxville from 2 to 3:30 p.m. Shoe rental is $75, make sure you arrive at 1:30 p.m. for check in. For details and more information, contact?Madeline.Sulla@Foodbankforwestchester.org?or (914)418-5204.

2.) Isabela Lamadrid, a junior at Bronxville High School, spent her summer investigating how cancer eludes the effects of certain drugs in an effort to identify the patients who will best respond to certain treatments at Sloan Kettering Cancer Center.

Lamadrid was one of 15 out of 500 students in New York to participate in the Human Oncology and Pathogenesis Program (HOPP) Summer Student Program. The program is aimed at students who are interested in biomedical sciences.

Read more about Lamadrid’s passion for science in White Plains Daily Voice below:

BRONXVILLE, N.Y. – While many of her peers were busy on the beach and enjoying vacation, an enterprising Bronxville High School student has been busy in the lab, helping move cancer research forward.

3.) While other countries take naps during the day and live their lives to live and not just work, millennials and other Americans forgo being human beings in an effort to get more work done in their day.

However, research shows that in order to be more productive you need downtime. Here are four breaks millennials need (and EVERYONE) should be taking. It’s time to stop eating at your desk, and take your damn lunch break! It is not a luxury, it is your right and you deserve a lunch break.

If you’re a young professional and have the luxury of taking breaks at your office job, you have no excuse for not taking advantage of it.

Westchester Mindfulness Expert Shares Tips For Transitioning Back To School

LARCHMONT, N.Y. — Say hello to stress. As the school season begins, many parents find themselves scrambling to get back to their fall routines. Cheryl Brause, a mindfulness and meditation instructor, mom of three and owner of 2bpresent in Larchmont, offers the following tips to ease into your September .

Cuomo In Hot Water For Showing Off Vulnerable Shark Catch

Gov. Andrew Cuomo took a trip from his New Castle home this past weekend to do some fishing on the Long Island Sound. If you follow Cuomo’s Twitter feed , you already know this.