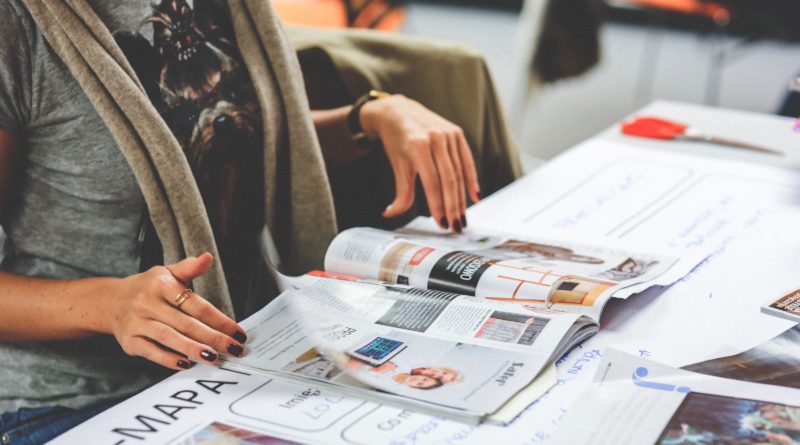 Here’s what’s happening Today in the 914, according to Westchester Woman:?Make Peace With Complicated Relationships; 70% of Women Depressed After Reading a Fashion Mag; MORE.

“Another example is a parent who calls an adult child daily. ?One person may think my parent cares for me deeply and wants to share the days experiences with me. Another person may believe the parent is clinging to me and therefore may feel annoyed or resentful about the daily phone calls. ?In each case the event is the same a daily phone call from a parent, it is the belief about the call that is different which leads to a different feeling about the interaction.”

You can read more from Aviva below:

Ancient Stoics believed that inner calm and clear judgement could be attained through logic, reflection, and concentration. Albert Ellis the psychologist who developed rational emotive behavior therapy (REBT) and is generally considered to be one of the founders of cognitive behavioral therapy, was influenced by Stoic philosophers and recounts it is not the events we experience that distress us but our beliefs about these events.

If you want some help recognizing theses patterns or being able to deal with difficult relationships then check out Aviva’s workshop on Oct. 21. 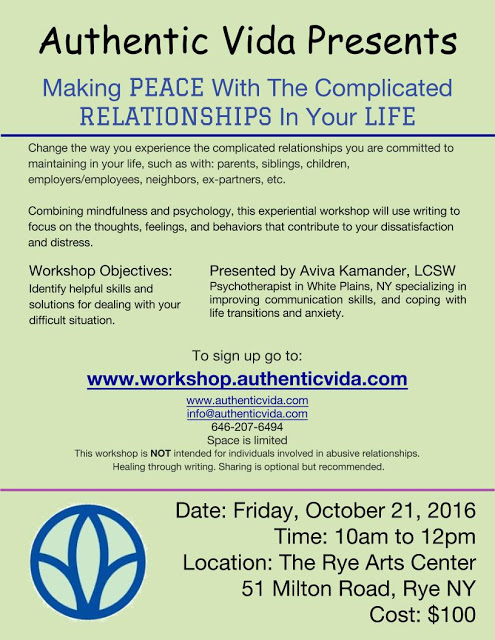 2.) Did you know that 70% of women feel guilty, ashamed and depressed after only three?minutes of reading a fashion magazine? This video below from OskarTBrand and Body Evolution will ?reveal the “Ugly Truth in Beauty Magazines.”

These images not only affect women, but girls. Girls as young as 6-years-old start to become concerned about how their bodies look. For more details on how media images effect women’s self-esteem and body image, check out this article from Mic:

Looking through the array of bright magazine covers lining newsstands everywhere, Seventeen magazine’s promises of finding 805 beauty and fashion ideas does not seem out of the ordinary. However, the August issue is also the launch of the magazine’s Body Peace Treaty, which pledges to reduce the amount of photoshopping in pictures and show “real girls as they really are.”

NEW ROCHELLE, N.Y. — Set your TV to record “Cake Wars” 9 p.m Monday, Oct. 17 on the Food Network. That’s when New Rochelle baker Jaclyn Dinko will be on, along with Natasha Jagopat from Bake My Day NYC.Dinko, who owns Cake’D O…

Neither the Justice Department or any court would oversee the agreement or have control over the Yonkers Police Department’s operations. A settlement between Yonkers and the U.S. Justice Department over unconstitutional policing will cost the city about $1 million in extra training. The training is intended to reduce use-of-force incidents and improve stop-and-search protocols, reporting and supervision.

Jon Caldwell and Nicole Hughes had some help from the Headless Horseman (Hugh Francis) with his marriage proposal, at the Horseman’s Hollow at Philipsburg Manor in Sleepy Hollow, Oct. 8, 2016.