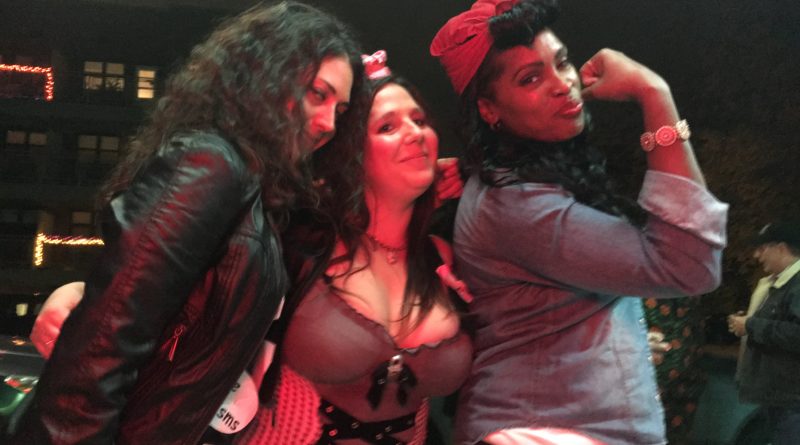 1.) Happy Halloween, All Saints’ Eve and/or Samhain Westchester! If you’re looking for some Halloweenie things to do tonight, check out lohud’s guide below:

Jon Caldwell and Nicole Hughes had some help from the Headless Horseman (Hugh Francis) with his marriage proposal, at the Horseman’s Hollow at Philipsburg Manor in Sleepy Hollow, Oct. 8, 2016. (Video by Mark Vergari/The Journal News) Think your Halloween celebrations have to end on Oct. 31? Think again.

Or you can start putting a dent in that Halloween candy with these pairings:

uropek8/Fotolia Let’s face it, if you share a living space with a child they’re going to be jumping off the walls after the inevitable post-trick-or-treat candy binge. On the plus side there will probably be a ton of candy left over for you to munch on yourself, and this year craft beer and Halloween candy pairings have become quite the trend.

If you’re staying in tonight to hand out candy, here are some of our favorite feminist Halloween movies to watch. Some are spooky and some are not so spooky:

The Worst Witch may be our favorite Halloween movie of all time. It’s the story of Mildred Hubble and her struggle at one of the most prestigious witch’s academy in the world. Mildred doesn’t run with the rest of the crowd and overcomes bullies and her own self doubt that she is the worst witch (because “growing up isn’t easy”) only to save her school from evil witches. Also, Tim Curry is in it.

Not only does Marnie Piper learn that she was born into a family of witches and that she too is a witch, she has to save the magical land they are from, Halloweentown.

A group of outsiders decide to take their fate into their own hands by practicing witchcraft and invoking a deity named Manon in The Craft.?When her peers being to use their magic?to harm others and control her, Sarah Bailey has to use all the power within to check her witchy sisters.

And last, but not least, is?Teeth a movie about a killer vagina with teeth and a girl who defends herself against sexually assault by ripping off penis’ with her killer?vagina.

Two twin teen sisters are separated at birth and eventually reunite to learn that not only are they witches, but they are heirs to the throne of a magical land called Coventry that is being threatened by dark forces.

WHITE PLAINS – ArtsWestchester will honor five Wonder Women during its Annual Gala on Saturday, November 19 at The Ritz-Carlton, Westchester in White Plains. All women have demonstrated exceptional leadership and support of the arts.

ARMONK, N.Y. — What if Halloween was less about trick-or-treating and pumpkin carving and more about spirituality? Such is a question posed by Armonk-based Spiritual Medium, Healer and Guide Ro bin C. Mueller who said All Saint’s Day, also known as All Hallow’s Day and All Souls’ Day is celebrated by other cultures around the globe yet not recognized much in the U.S.