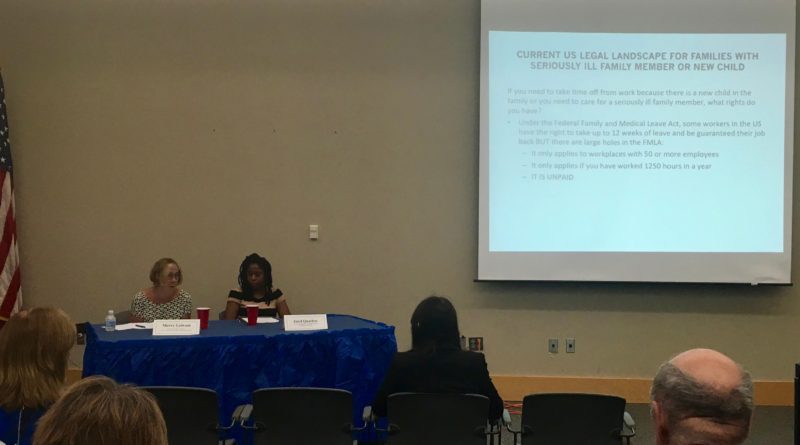 1.) Westchester Woman Hillary Clinton of Chappaqua is the first woman to accept the Democratic Party’s nomination for President of the United States. Read more about this historic moment below on White Plains Daily Voice:

The Paid Family Leave benefit will be phased in starting January 2018 ?and will offer employees and independent workers 12 weeks of paid family leave to care for a new child, serious ill family member or when a close family member is called to active military service.

“Paid family leave also has the potential to serve as a great equalizer for women. In many instances, women who leave the workforce to care for a newborn not only give up their existing salaries in the short-term, but also suffer diminished future earnings and career trajectories in the long-term. Establishing paid family leave marks a pivotal next step in the pursuit of equality in dignity in both the workplace and the home. “

“Statewide paid family leave will particularly benefit low-income workers who often lack benefits or job security, and for whom access to any leave, even unpaid, is often not available or cost prohibitive.”

The benefit will be funded through the state’s temporary disability insurance program. Employees will pay into the insurance benefit through a deduction in their pay, which is estimated to cost about $1 per week. Employees will be eligible for the benefit after working with their employer for six months.

“This is a game changer for the entire county,” said Mayer.

Sherry Leiwant, the co-president and co-founder of?A Better Balance: The Work & Family Legal Center which drafted and fought to get the legislation passed for many years, explained that as the law is written and enacted they will continue to?ensure people are able to take full advantage of it and will be able to return to their same job when their leave is through.

A $15 minimum wage increase was signed into law as a part of the 2016-17 New York State budget.?More than 2.3 million people will be affected as New York phases in a $15 minimum wage rate, which has already gone into effect wage with certain employers reaching $15 by 2018 and others by 2021.

“By moving to a $15 statewide minimum wage and enacting the strongest paid family leave policy in the nation, New York is showing the way forward on economic justice,” said Gov. Andrew Cuomo, in a press release.

“These policies will not only lift up the current generation of low-wage workers and their families, but ensure fairness for future generations and enable them to climb the ladder of opportunity. I am proud to sign these programs into law, because they will ensure a stronger, fairer and brighter future for all New Yorkers.”

Janel Quarless, the New York Legislative Campaigns Manager for the Working Families Party, explained how the program will be rolled about.?Here’s the schedule:

In 2019, the Director of the Division of Budget will conduct an analysis of the economy in each region and analyze the effects of the wage increases statewide. This will determine if a temporary suspension of the scheduled increase is necessary.

Advocates and legislators will still work to ensure that wage increases don’t make people ineligible for subsidies, like health care; that non-profits aren’t negatively affected; and eliminates any loopholes in the law.