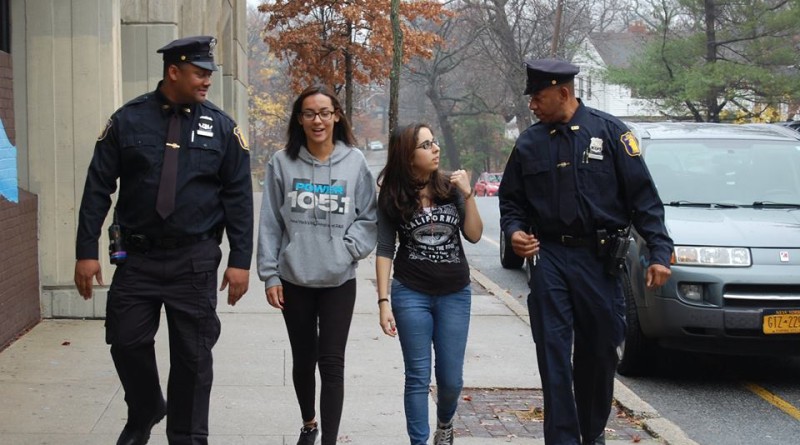 The memory of being stopped and frisked by local police officers is something ingrained in 16-year-old Onaje Ibrahims mind.?The Yonkers High School student cant shake the memory of being treated like a criminal in his own neighborhood when he and his friends werent doing anything other than?walking home from football practice.

Teens like me are getting killed by cops very often and its kind of scary, and sometimes Im pretty scared of that, Ibrahim recently told News 12.

The Yonkers Police Department announced yesterday that that they are looking to build trust and improve police-youth relations in the City by holding regular and informal meetings and outings with the Citys Yonkers Police Youth Coalition, a group?started by Yonkers young adults and students.

The Yonkers Police say their goal is to encourage more young people to join the group to actively foster long-term relationship with the police officers who patrol their?neighborhoods.

One of the most important things we can do to continue to strengthen relations is maintain an honest, open dialogue with the community, especially young adults, said Yonkers Police Commissioner Charles Gardner.

According to News 12, the City aims?to prevent local wide-scale protests, like those?occurring around the country in response to fatal police shootings, by developing?this dialogue between the groups.

Police-community relations is a topic thats front and center in the national conversation, so its important that we have that conversation in Yonkers too, said Mayor Mike Spano?in a press release.?What makes this coalition so special is that its a group by kids and for kids.

Ibrahim told News 12 that the program will help him to be more comfortable with local law enforcement. ?You can click below?to watch News 12s video report on the story:

Yonkers will expand its series of police department run youth-oriented programs like the Yonkers Police Initiative; the Commissioners Cops and Kids Program; and the Explorer Program, which gives young adults who are interested in law enforcement a real life experience of the what its like to be a police officer.

The first official meeting of the Yonkers Police Youth Coalition will take place on Thursday, Jan. 14 at 6 p.m. at the Yonkers YMCA at 17 Riverdale Avenue.

Anyone aged 14 to 18 is invited to attend the meeting. Those interested in joinng the Yonkers Police Youth Coalition can do so by clicking here.