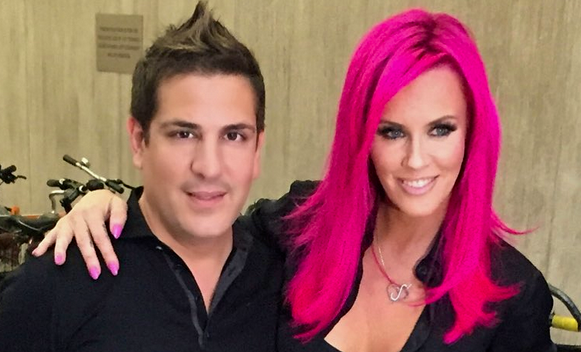 Shockingly, bright and bold colors have been made popular this summer on the runway and by stars like Kylie Jenner and Katy Perry. Rainbow hair is officially, in hooray!

Even the International Business Times and New York Times say so! Here in Westchester, celebrity stylist extraordinaire/hair color wizard Julius Michael is the one dolling out locks to?make you look like the magical fairy princess/queen youve always dreamed of.

Click here to watch Michael and McCarthy??explain how “Hot Bitch Pink” was born with Us Weekly. Since McCarthy has donned her new look, Michael’s amazing dye job hit Page Six?as well as?publications all over the world like the DailyMail, the Belfast Telegraph, E! and more.

Here’s some more fabulous color creations from Michael and his salon: