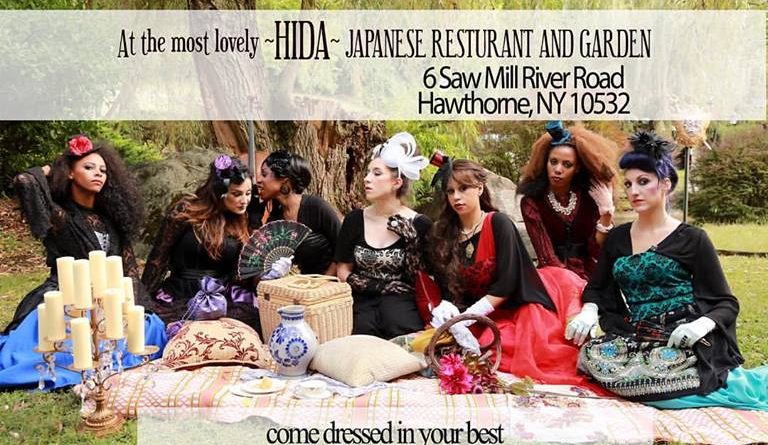 1.)?Step into a world of your own making and immerse yourself in fantasy at the Victorian Social Affair, a Victorian Steampunk and Cosplay festival, on July 10 at 2 p.m. at Hida Japanese Restaurant in Hawthorne NY.

Dress in your best Victorian, Steampunk, Cosplay or other worldly attire while lounging in Hidas magical garden and being entertained by our costumed characters, dancers and musicians. Shop the Victorian market; pose for our portrait artist; enjoy a tasty tapas buffet and entertainment; show off your skills in the fabulous fan contest and win prizes for best dressed, fanciest fascinator, prettiest parasol and much more.

Tickets are $45 in advance, $55 at the door and includes your admission, the delicious buffet and contest entries. Guests must be 21 years old or older. A cash bar and special drinks are available.?Get your tickets now at marrowarts.com or by calling (914) 355-1843.

2.) Texas failed yesterday?in efforts to turn back progress on women’s reproductive rights, as the Supreme Court ruled that the state’s 2013 law to regulate abortion doctors and clinics was unconstitutional.

Supports of the laws said that the measures to require?abortion doctors to have admitting privileges at local hospitals and clinics to have hospital-like conditions were needed to protect women’s health. However, many clinics claimed this measure were not necessary and aimed at shuttering their doors.

In the end the 5-3 decisions struck down the law, opening up the possibility for strict abortion laws in other states to also be shut down. ?Read the full story on CNN.com:

3.) After hundreds years of discrimination, persecution and?hatred in the name of God, Pope Francis told his Catholic followers that they need to chill with that. Not only that, but they should even apologize to gay people, who should be “respected and accompanied pastorally” in the eyes of the Catholic Church.

He even goes beyond that, acknowledging the exploitation of the poor, women and children.

Though Pope Francis hasn’t changed the church’s stance of homosexuality as a sinful act, he says Christians should ask for forgiveness for the way they’ve treated homosexuals and these marginalized groups because forgiveness is a staple of the Catholic religion. Read more on CNN below: