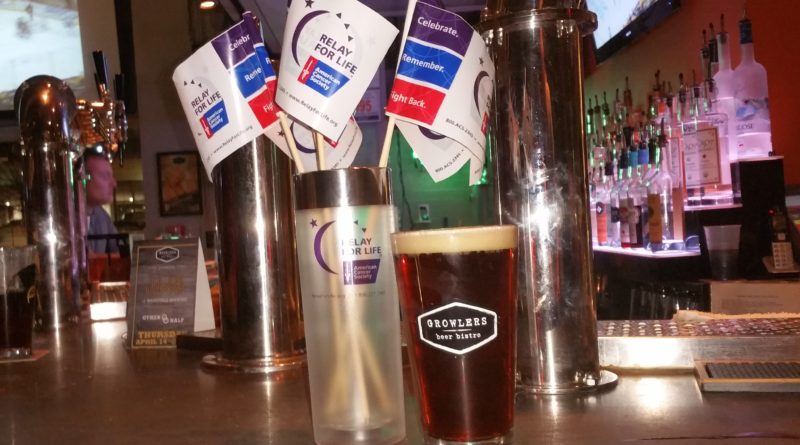 *The following is from Growlers in Tuckahoe

On Thursday, May 5, restaurants in Bronxville, Tuckahoe?and Eastchester will take part in Stick a Fork in Cancer, a promotion to fight back against a?disease that affects millions of people, annually.

The Westchester business owner is motivated by personal reasons but, ultimately, those?reasons affect us all.

My wife had cancer, but shes beaten it, said McCartt. Actually, I think almost everybody can?say that theyve been touched by cancer in some way or fashion either very closely with a?relative, or a mate or good friend. Anyone who has encountered this terrible disease hopes for a?cure. It has horrible ramifications for the people who contract the illness, but also everyone who?loves them. Stick a Fork in Cancer is an easy way to contribute to the cause.

Though McCartt and the President of the Eastchester-Tuckahoe Chamber of Commerce, Judy?Fix, have worked together on Relay for Life each year for many years, this is only the second time?theyve asked local restaurants to contribute to the cause, kicking the event off a few weeks?earlier. Its a tradition they hope to continue, going forward.

Eric Lorberfeld, Owner of Growlers Beer Bistro in Tuckahoe, is proud to be a contributor. His?restaurant and bar is known for its rotating, extensive selection of craft beers, but also for its?unique, warm environment. Staff members recognize the regulars, but also welcome newcomers?as though they were always part of the family.

Peter is a regular customer at Growlers, said Lorberfeld, but I also consider him to be a friend.?When he asked us to contribute to Stick a Fork in Cancer, it just seemed like the right thing to do.?Our Growlers family has been good to us, and so has the local community. This is a great way to?give something back, here at home and nationally.

Customers who visit Growlers Beer Bistro can enjoy a wide variety of craft beers and delicious?menu items?any day of the week. The Stick a Fork in Cancer event happens to be scheduled on a?Thursday, however, and Thursday nights are always reserved for special beer events at?Growlers.

From 7-10pm on May 5th, visitors can fight cancer by trying selections from two craft?beer breweries that have been garnering big attention. Thirteen of their beers will be available on?tap; both breweries, listed below, are new to New York.

Citing these brews as Island-Of-Doctor-Moreau-style mash-ups, they also add that they?enjoy creating loads of special release and one-offs batches that allow them to pursue?their whims and creativity.

Breakside Brewery Based in Portland, Oregon, Breakside Brewery opened in 2010,?and quickly gained attention for its innovative, experimental and diverse beers. Breakside?has won two medals at the Great American Beer Festival, the most recent being a gold?medal for their flagship IPA, which was also named in Mens Journals 100 Best Beers in?the World, and the best beer in Oregon by the Oregonian. Several of their barrel-aged?and sour beers have also won notable awards.

Restaurant owners who participate in Stick a Fork in Cancer really do make a significant?contribution to the charity. By donating just $100, the American Cancer Society can provide a?breast cancer patient with one-on-one peer support from a breast cancer survivor. That same?$100 could also provide round-trip transportation to ten treatment sessions, or one night of free?lodging at an American Cancer Society Hope Lodge community for a cancer patient and his or?her caregiver when having to travel away from home for treatment.

Fix described the funds they obtain from donors as critical to their mission, and to their hopes of?finishing the fight against cancer.?Residents who would like to contribute to Stick a Fork in Cancer can dine at any one of the?following restaurants, at any time of day, on Thursday, May 5:

McCartt and Fix are encouraging additional restaurants in Bronxville, Eastchester and Tuckahoe?to participate. To get involved, any interested restaurant owners or managers should contact?Peter McCartt, at: 917-497-9285 or pmccartt@hotmail.com.

Support local restaurants and the fight against cancer, by sticking a fork in it for good!