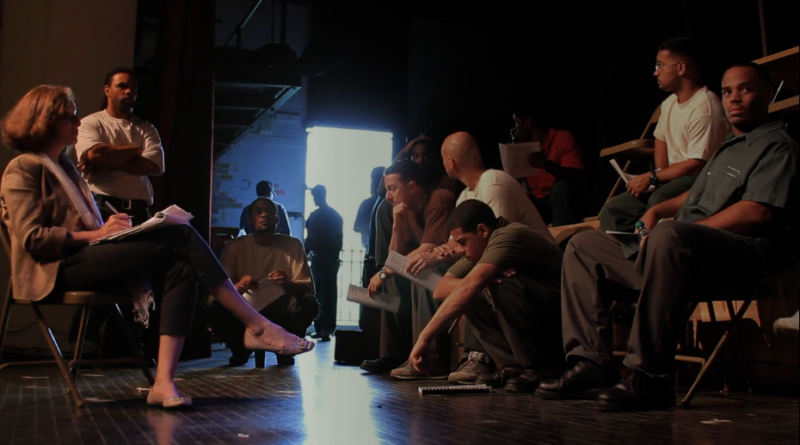 (Above photo is a screenshot from “Dramatic Escape”)

(Above photo is a screenshot from “Dramatic Escape” – originally published Jun. 5, 2017)

Rehabilitation Through the Arts (RTA) is all about second chances.

“Dramatic Escape” is written and directed by Nick Quested and is a production by Goldcrest Films and Saboteur Media.

Through the transformative power of art, inmates find their voice, discover their talents, and learn empathy which RTA says has led to reduced infractions, a 5 percent recidivism rate, and the pursuit of college and post-graduate degrees.

The documentary offers an inside look at how art changes an inmate’s outlook on life and offers them the skills they need to successfully reintegrate into society. “Dramatic Escape” shows the process of prisoners who go through an audition to curtain call, all while telling their personal stories, struggles and contemplating the possibility of redemption.

They invite inmate families and members of the public to view their public performances.

“We bring in the community for each theatrical performance. People often will come for the novelty of going into a prison to see ‘criminals’. They come out with changed perspectives, realizing they are seeing individuals, human beings that deserve second chances.”

Most of these inmates grew up without art in the lives and surrounded by poverty or unfortunate circumstances, but RTA shows them that another life is possible after their time is served. RTA says their program is a cost-effective way to change behavior while providing humane incarceration with successful results for reentry into the world.

You can learn more about RTA, their programs, and how to support their work by visiting their website at rta-arts.org.