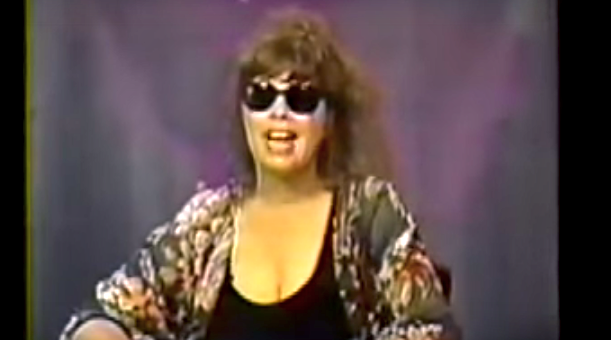 Counterculture queen, New York City cable access star and former Westchester woman Coca Crystal has passed on at the age of 68. Crystal, a yippie anarchist and Aquarian age icon, was famous for?colorful acts of protest and her show,?If I Can’t Dance, You Can Keep Your Revolution, which ran for two decades.

She protested war and fought for women’s rights, hippie’s rights and progressive politics.?According to Crystal, born?Jacqueline Diamond, it all started in Mamaroneck, NY…

After her time in Westchester, Crystal became a self-proclaimed “troublemaker” and delved into Manhattan’s underbelly of “sex, drugs, rock and roll and politics.”

According to The New York Times, she was a member of the Emma Goldman Brigade militant feminist?group, that claimed responsibilty for hitting conservative activist Phyllis Schlafly in the face with an apple pie thrown by a professional pie thrower at the Womens National Republican Club held at the Waldorf Astoria. They also set rats loose during a Republican luncheon honoring Pat Nixon, President Richard Nixon’s wife.

Crystal was?also known?for her charm which once caused a police informant who was spying on her to quit, because “Jackie was too nice.” The New York Times also reports that Crystal claimed to have once prevented a burglary by serenading an intruder with her guitar.?Once honored as a “slumgoddess,” Crystal was proud of achieving “fame on a budget” and claimed to be, “living proof that you can have a sense of humor and still be politically correct.”

The New York Times described Crystal as having an “unflappable, slightly spacey demeanor and an incongruous la-di-da accent that added an extra layer of ineffability to an already bizarre persona.”

I live a crazy life, she told The Local, according to the New York Times. I am crazy, and I probably always will be and thats fine.

Read the full story in The New York Times below: