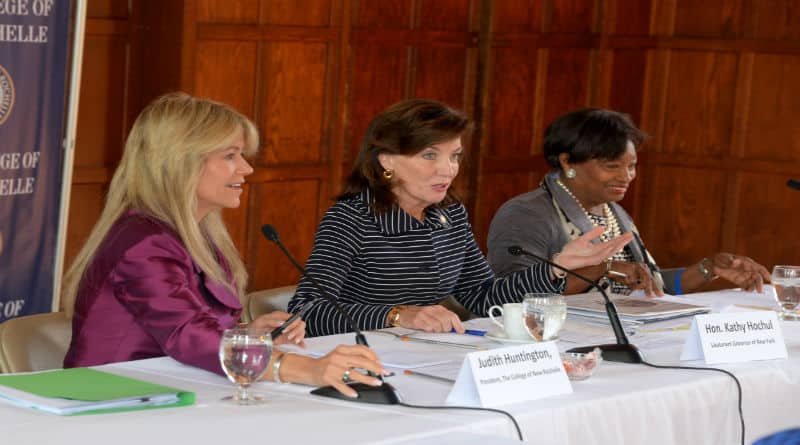 Women in New York have a bright future. Powerful local female leaders met at The College of New Rochelle last week to discuss how to remove any barriers from creating this future, as well as the next generation of New York women leaders who will help bring it about.

When we talk about millennials, theres a great hope with this next generation and how big the world is for them, and how amazing the future is right now, said New York State Sen. Andrea Stewart-Cousins.

Stewart-Cousins was among the panelists at the NY Women?Lead roundtable discussion hosted by New York Lt. Gov. Kathy Hochul at The College of New Rochelle.? NY Women Lead is an initiative to help local female advocates understand what obstacles women face, as well how to inspire young women to pursue?leadership roles.

The College of New Rochelle President Judith Huntington moderated the event of panelists from government, corporations and non-profits like TD Bank, Westchester Medical Center, United Way of Westchester and Putnam, and the Food Bank for Westchester. 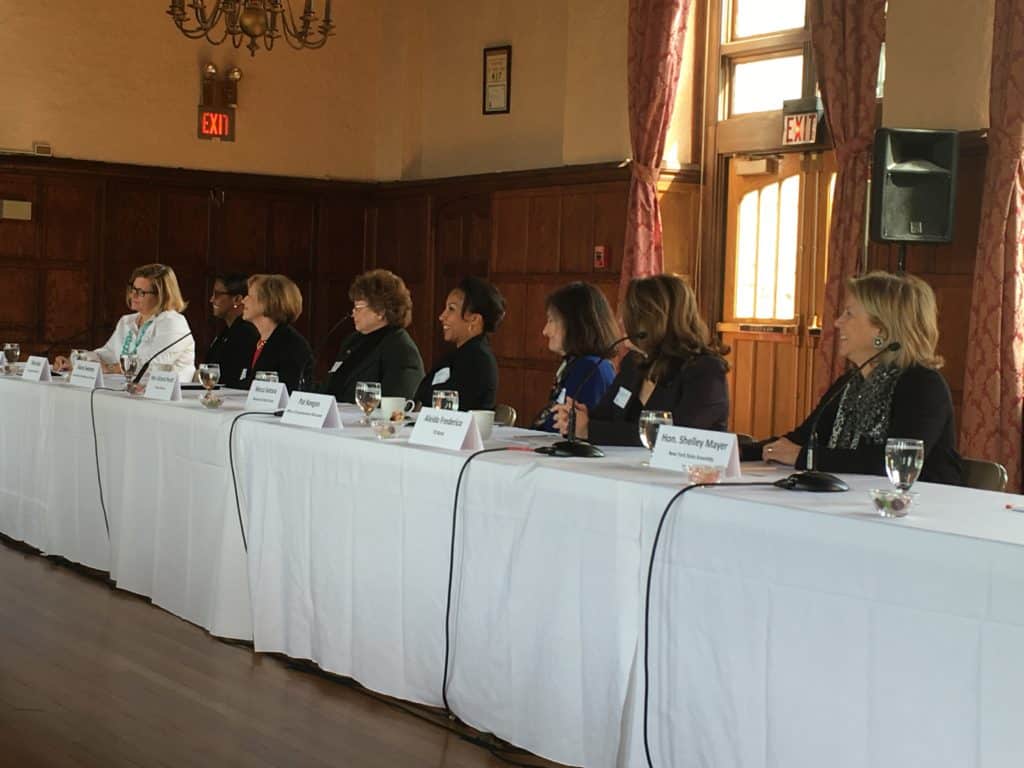 I feel we have a responsibility to help others find that pathway, said Hochul. There isnt a monopoly on women’s leadership, and we still have a ways to go.

While New York women have achieved recent victories, including legislation like Enough is Enough and Paid Family Leave, panel participants said there are still strides be made:

Were at this place where every ceiling or the highest veils are on the verge of being broken, said Stewart-Cousins.

There are girls growing up saying, I can do this. I can do that. It hasnt always been that way. You can do it now, but we need to make sure we preserve those inroads we have made. There are still people who don’t like the progress, and would assume bring it back to 50, 60, 100 years ago. Most of those people are in government, because government makes the law.

Right now women represent only 19% of those who are on US board seats.

I have amazing faith in the millenniaIs, said Hochul. I see them as a generation that is inspired and want to give of themselves.

Hochul says she doesnt want to see younger women have to face the same or new barriers that her generation did.

We need them to be the next senate majority leaders, said Hochul. Women exude strength, but have compassion. That’s why I think women make the best leaders.