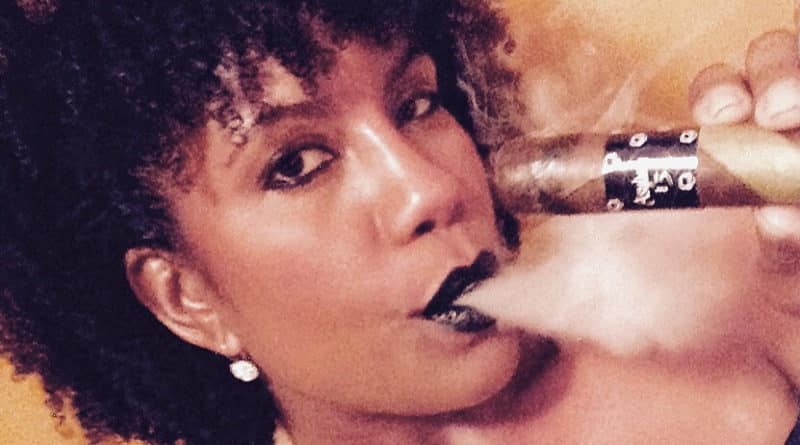 Monica Michelle Cooper’s hustle started around age 6 when she went door-to-door selling handmade potholders. A born entrepreneur, the White Plains native eventually graduated to starting an underground operation selling candy to her fellow elementary school students. Cooper is the epitome of a boss lady (if you couldn’t tell by the seriously amazing photo of her above) and now goes by a slew of titles.

She says learning to be a successful businesswoman came from her father, a real estate investor who was in sales all his life and always had a side job.

“I distinctly remember one time when he was out of work and putting fliers on cars in the snow to offer carpentry work, so he could stay working and generating income,” Cooper tells Westchester Woman. “It was short-lived and he got a job quickly, but that was something, at 43, that still is still etched in my mind. The work ethic of someone who has to provide for a family, and is not sitting home saying, woe is me.”

Cooper was recently honored for her accomplishments by the White Plains Youth Bureau and the Delta Sigma Theta Sorority at a ceremony in her hometown.

Cooper’s success came about because was never one to just settle on a job or opportunity she went out and made her passions a job and created her own opportunities.

She loved doing nails in college and quickly became the go-to nail chick on her campus. Her father fronted her the money for supplies and was shocked that she could rake in $350 a week doing it.

“It was great for me to not have to go into a store and fold clothes, and do the standard things kids do when they get a job,” Cooper told Westchester Woman. “I tried McDonald’s for a week and was like, this ain’t going to work.”

Once she realized she could make her own money while fulfilling her passions, there was no turning back.

In addition to being an award-winning Associate Broker/Realtor and Relocation Manager for Better Homes & Gardens Realty, she founded the personal concierge/errand company, Shopaholics Inc. and Brown Eyed Beauties (BEB), a bi-monthly brunch series in New York and Atlanta geared toward the cultivation of friendships and fellowship for African American women who collaborate for charity and philanthropic causes.

She wrote her first book Lucky, No. 5, about being a single woman looking for love, in 2010 and published it under her own company Novelista Publishing, which publishes women and children’s fiction.

“My parents never had to entertain me,” says Cooper. “I always wanted to do something or have a hobby. If I saw tree nuts in a tree I needed to get up there, pick them, and figure out what to do with them.”

She’s currently working on her second and third installment of the Lucky series.

“That’s just the way my brain works,” Cooper tells Westchester Woman. “If I get an idea, I go into overdrive. If I see an opportunity, I take it.”

As a cigar enthusiast, Cooper realized that women were only peppered throughout the cigar events she would attend. That’s when her most successful venture to date Stixx and Stilettos, a series of events for professional women that are dedicated to women empowerment, networking, and premium cigar smoking was born.

Stixx and Stilettos, a.k.a. the “Lady of the Leaf Society,” hosts events at the most distinguished cigar bars in New York. Their five-city tour “Women Run The World,” was launched in February and hit Washington D.C., Chicago, Atlanta, and Miami.

The tour will end with a five-day trip to Cuba in late September. 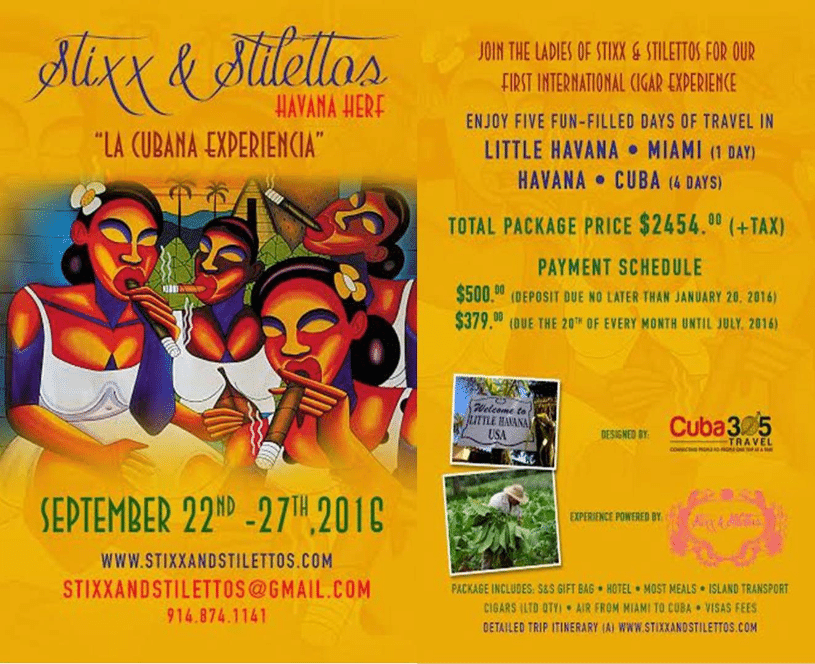 “My thought was there needed to be an avenue for us to feel comfortable and not be objectified because you’re putting something in your mouth,” Cooper explains. “There’s nothing wrong with being beautiful and sultry, but not to the point of objectification. I like being in a setting where I can meet men and flirt, but sometimes I just want to be with women who also like to smoke and talk about women stuff.”

According to Cooper, cigars are actually a woman’s thing. About 90% of rollers and tobacco pickers are female since women have a more precise eye and sense of smell.

“Why not allow us to be the face of cigars when we’ve been in the background so long?” she asks.

Here are the keys to success that Cooper followed:

“It’s really humbling for you to put your art out there and your craft and hold your breath,” says Cooper. “It’s a really scary thing, but I’m always going to try something new. I could be laughed at, it could be an epic fail, I could be ignored, but Im going to try it. At least I can say I did it and I tried. I can say I created great moments to make an amazing story.”