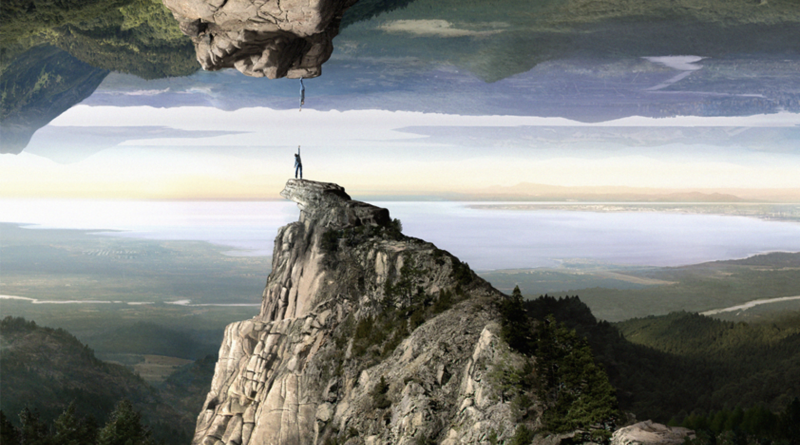 How to write a character arc

There are a lot of great stories that center around plot. But the best stories have memorable characters that readers fall in love with, want to be, and/or root for until the end.

One of the best ways to create memorable characters is to make sure they have compelling character arcs. 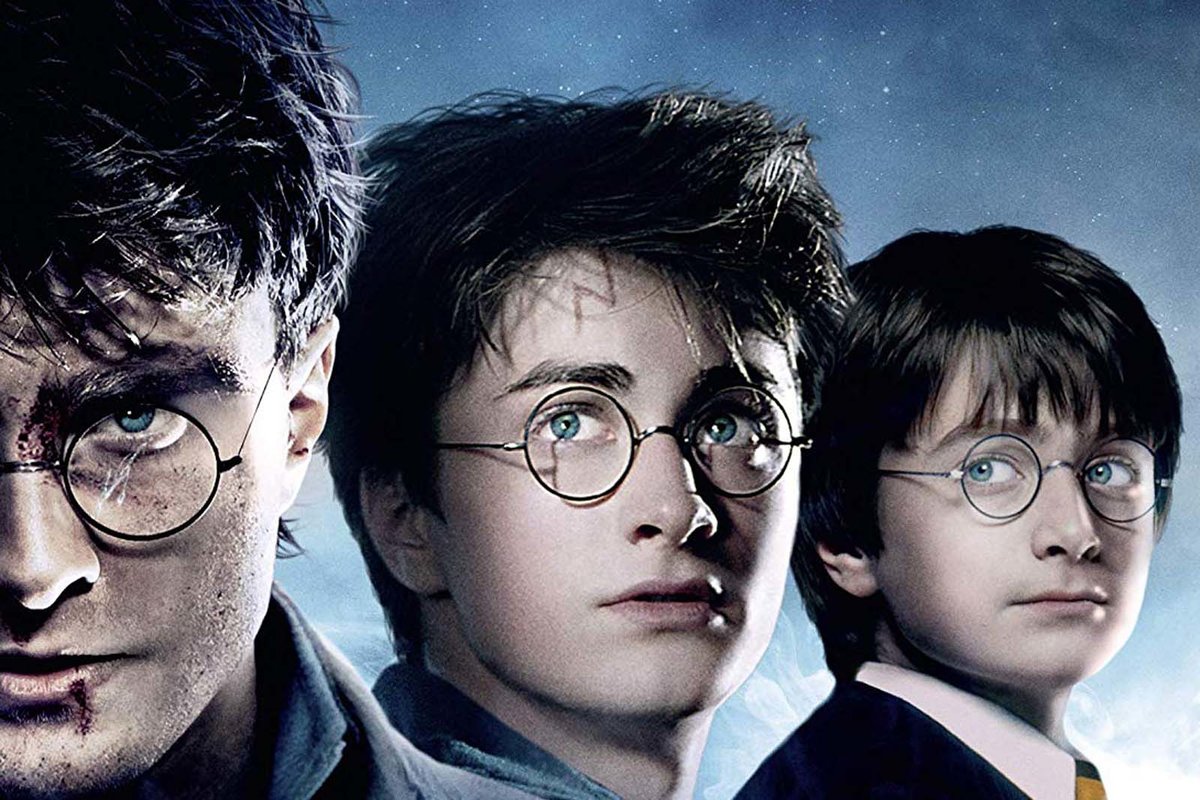 What is Character Arc?

Character arc is about transformation and can be defined as the change your character undergoes from the beginning to the end of the story.

The story of this change is then woven into your plot. So, you should have a plot already laid out or at least an idea of where it’s going. Your character arc will flesh out the characters in that plot to make them come alive.

Let’s use Nick Carraway’s character arc in “The Great Gatsby” as an example:

Nick is a young man looking for a life more exciting than the one he lives in Minnesota. So, he moves to New York to chase a life of opulence. He goes from being a young man who admires high society life and those who live it, thinking it will bring the happiness he seeks, to being disgusted by it after learning his new friends and their lives are devoid of integrity. 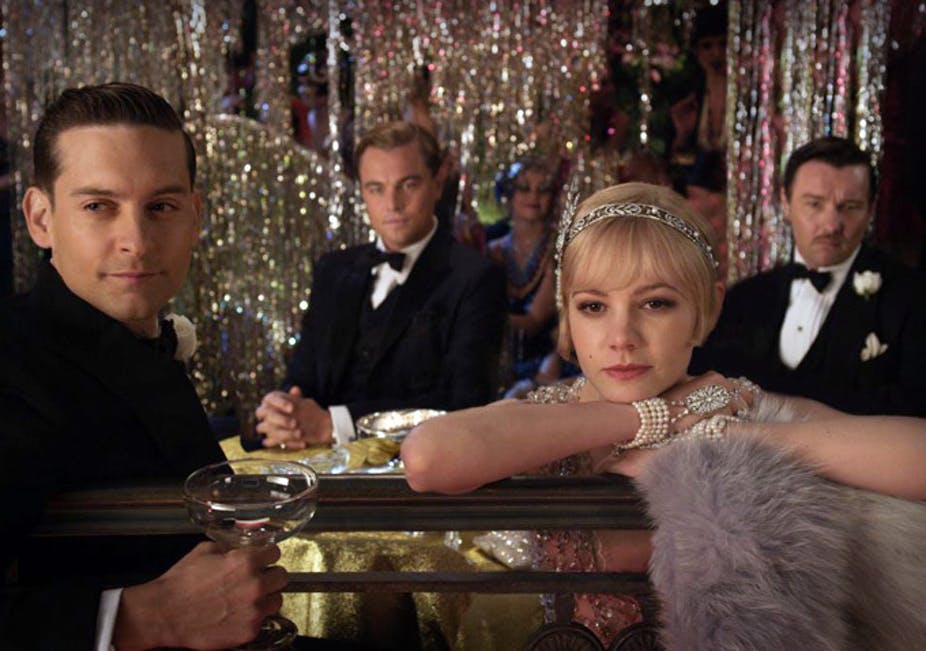 That is the character arc. The plot would be the events that occur throughout the book and what happens to its characters, which go like this:

Nick Carraway leaves Minnesota to build his wealth as a bond salesman in New York. He starts hanging out with his rich cousin Daisy and her adulterous husband, who live an indulgent lifestyle filled with drinking, sex, and parties.

Nick is invited to the most exclusive party in town thrown by his neighbor Jay Gatsby who he befriends and grows to admire. He helps Gatsby to reunite with Daisy, who is his ex-lover.

Nick, Gatsby, Daisy, and her husband end up hanging out in a night that goes awry, with Daisy eventually running over and killing her husband’s mistress. Gatsby takes the blame for the crime and is killed by the deceased’s husband. Nick is left to plan the funeral, which no one shows up to or seems to cares about.

When learning how to write a character arc, you’ll want to create them for your primary and secondary characters. It might not be necessary to do this for every single character mentioned in your novel.

The Dance Between Character Arc and Plot

The simplest way to create a character arc is to think of it as a dance with your plot. You’ll start with the inciting plot incident. This sets the stakes for the main conflict. From there, your character arc will evolve depending on the kind of story you’re telling and what kind of character you’re writing.

How to Write a Character Arc 101 will tell you that throwing obstacles at your character is an effective way to force them to change externally and thus internally. So, you could decide how you want your character to grow and create obstacles that would force this change.

Conversely, you can create obstacles and plot points, then decide how these events will internally change your character from beginning to end, for better or for worse.

What Are the Different Types of Character Arc

You can also choose to model your character arc around one of the three different types of character arc development. This really depends on the story you’re telling and should be pretty obvious to you.

There are three main types of character arcs: positive, negative, and neutral. And they are pretty self-explanatory. 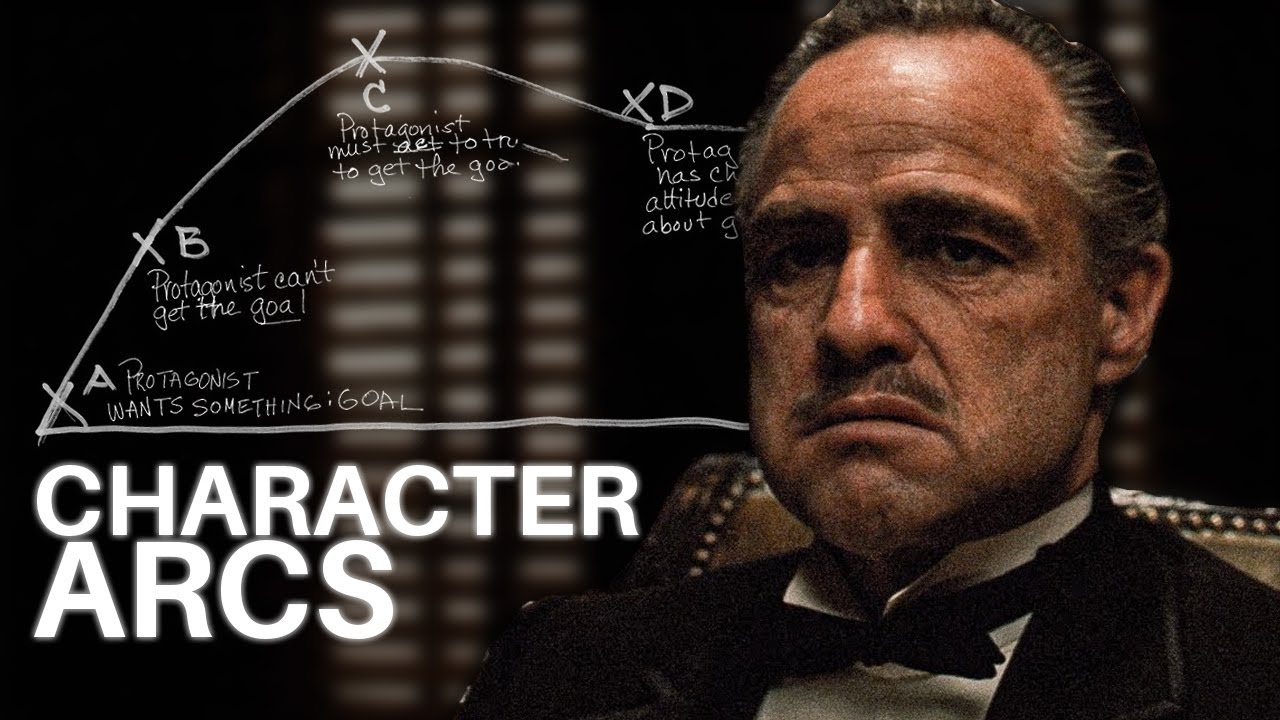 A positive character arc can involve a character who goes from being a selfish tyrant, like Ebenezer Scrooge of “A Christmas Carol,” to compassionate and charitable. It can also mean that they go from living an ordinary life to one of a hero.

Nick Carraway is a perfect example of a negative character. He starts with a starry-eyed ideal of the high life of privilege and later becomes disillusioned by it.

Yet, characters like Sherlock Holmes are pretty much the same guys throughout their stories. They represent a flat or neutral character arc. This often happens in hero-type stories or stories about characters who already have their sh*t together. These stories are more plot-heavy and have more to do with how the character changes the world around them than how the world and events change the character. Flat character arcs can also be used for secondary characters whose main function is to support the main characters and plot. Different methods are used to write different types of character arc.

How to Write a Positive Character Arc

1) The Goal – The basis of a positive character arc is that your character starts with a goal or desire. This can be something they truly want or think that they want.

2) The Lie – The character will have some lie or deeply rooted misconception about themselves, the world, or the situation which keeps them from reaching their goal or what they truly want instead of what they believe they want.

3) Finding/Accepting the Truth – The character will be forced to acknowledge and overcome this lie. Accepting the truth and overcoming the lie by rejecting it is what leads to your character’s growth. This change or growth allows them to reach their goal or whatever it is they are truly seeking. 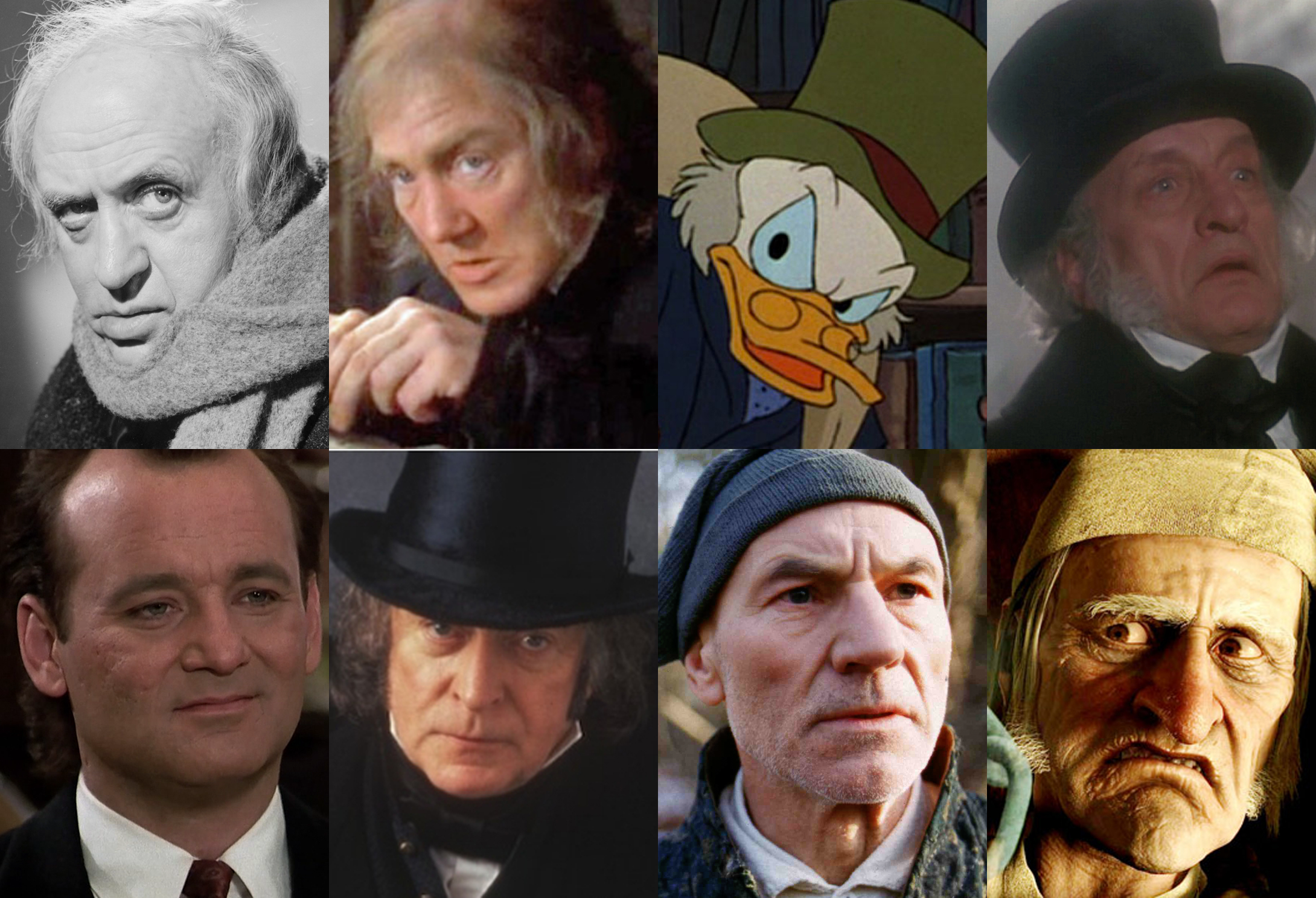 Let’s use Scrooge’s example for this one.

Scrooge’s Goal – he originally seeks to amass as much wealth as possible by being a stingy joyless jerk but later wants to avoid this after learning how his like-minded partner ended up after death.

Scrooge’s Lie – Scrooge believes that wealth is the measure of a person’s worth.

Scrooge’s Truth – He later learns that wealth is not the measure of a man. He realizes that how he is currently living is a miserable and fruitless one. Accepting this truth, he puts it into practice and becomes generous, thus living a happier and more fulfilling life while avoiding the pitfalls of his business partner Jacob Marley. Scrooge is a totally changed man by the end of this story.

In the story’s first act, Scrooge is a cheapskate who won’t even turn the heat on for his employees, give charity to the poor, or even offer a “Merry Christmas.” He wants to sit and count his money on Christmas instead of spending it with his family.  He believes money and being selfishness is everything. Then he is visited by the ghost of Jacob Marley and doesn’t want to be forged in chains in the afterlife like his old buddy.

In the second act, he is confronted with the truth after being visited by the ghosts and learns how the lie destroyed his life and hurt others. In the third act, he accepts this truth and decides to change his ways to avoid life in purgatory as Jacob Marley did.

How to Write a Negative Character Arc

The method used for a negative character arc is similar but differs in the outcome.

2) The Lie – The character believes their goal will offer then a positive outcome. Thus, the lie must be embraced to achieve the goal. This is what keeps truth at bay.

3) The Truth – They learn the truth: the goal was destructive or an illusion. 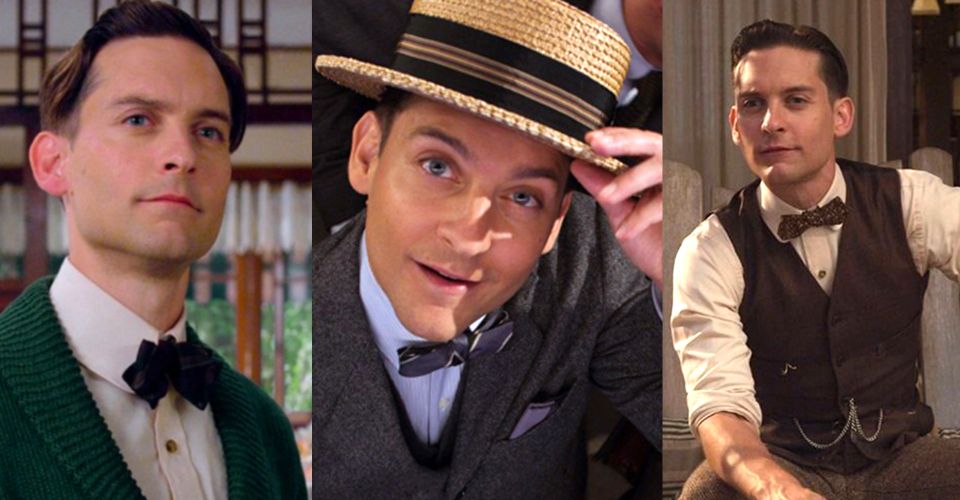 Let’s use Nick Carraway once again.

Nick’s Goal: to live a life of luxury without it becoming self-destructive

Nick’s Lie: the rich and powerful lead idealistic lives of sophistication, privilege, and pleasure. That these people are what they seem.

Nick’s Truth: These people lack integrity and are destructive to themselves and those around them

Nick leaves Minnesota to become a stockbroker in New York and rub elbows with the rich and famous in the first act. He believes that luxury and status are the pinnacles of a well-lived life and looks up to those immersed in this kind of lifestyle.

In the second act, we see Nick getting glimpses of the ugliness of this life and those that live it, like excess and adultery, and how it harms some of the characters in the story, especially those who don’t live in high society like the mistress. Still, Nick overlooks these things and continues his pursuit of the “good life.”

The truth surfaces in the third act when Gatsby takes the blame for the death, and no one shows up for his funeral when he is murdered for it, including Daisy. The character of his new friends can no longer be denied, nor can the ugliness of the lifestyle they are living. He is left completely gutted by the revelation.

How to Write a Flat Character Arc

The method for writing a flat character arc is like the positive character act but flipped on its head. The character is already whole and knows “the truth,” which is established in the first act. For example, Sherlock Holmes knows he’s a great detective. 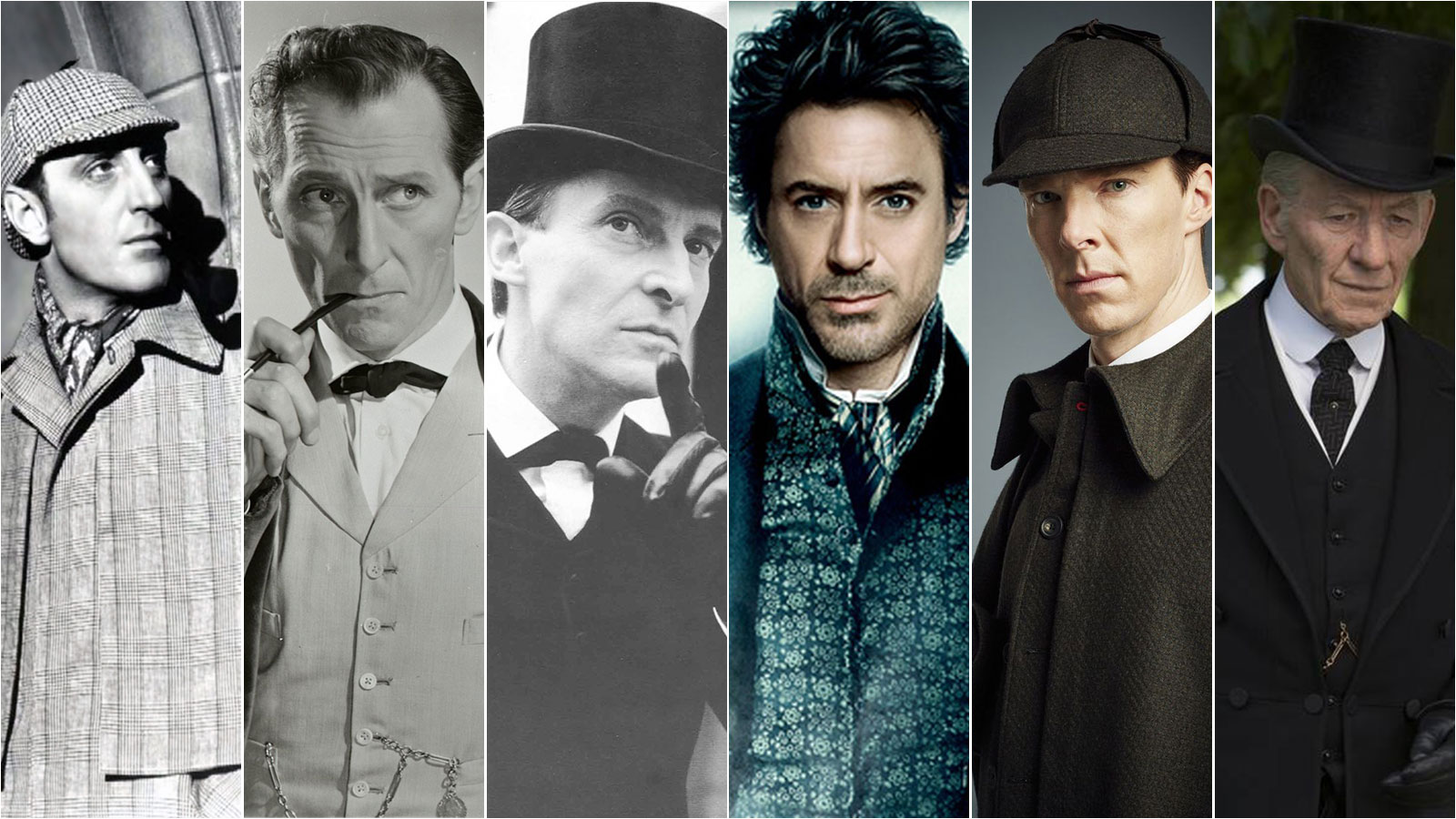 In the second act, the character is confronted with a lie about their environment rather than lies about their own personal misconceptions. They will have to use their truth to overcome external obstacles which put their truth to the test. Here we see Sherlock Holmes putting those great detective skills to the test in an attempt to solve a mystery.

The third act shows your character basking in their truth as tests are overcome, and the lie is defeated. This is when Sherlock Holmes finally solves his mystery.

That was a lot… we know. That’s why we made you this totally awesome character arc worksheet, so you won’t have to read through this article every time you forget how to write a character arc. Just download the character arc PDF and fill it out to create realistic and unforgettable characters.