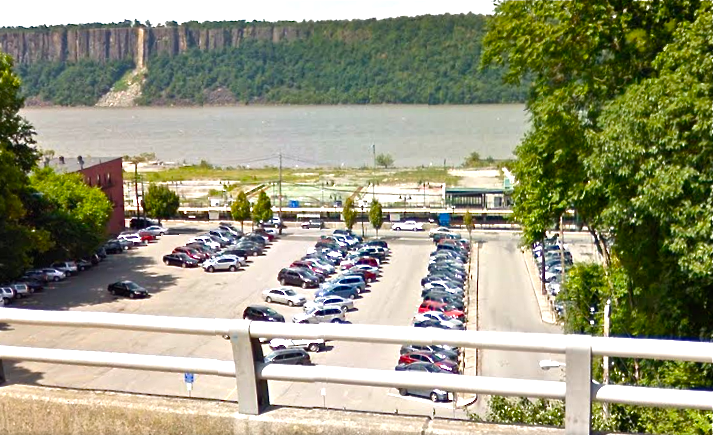 In its latest segment of The New York Times Presents: Brunch Hate Reads, Gothamist played the world’s tiniest violin for a former Brooklyn couple that wrote of their brave account of having to move to Hastings-on-Hudson on a $1 million budget because gentrification pushed them out.

Gothamist basically rips the couple, featured in the Oct. 30 New York Times piece Escape From Brooklyn, a huge gaping new one. Even though WE LOVE that village to bits and pieces, the Gothamist’s article is pretty hilarious?and truthful.

This week,?The NY Times Presents: Brunch Hate Reads?brings the story of David Zweig, who recounts in agonizing detail the harrowing process of choosing one very nice & pricey place to live over another very nice & pricey place to live, via Sartre quotes and porch drinking. It’s an important reminder that buying a house for over a million dollars in one of the richest suburbs in America can be construed as a life challenge worth sharing with hundreds of thousands of readers, the piece reads.

In his New York Times piece Zweig complains that his noisy neighbors and the lack of nature, space and adequate schools drove his family out of their original Brooklyn home. He goes on to lament how the cold, unkind hand of gentrification is what kept him out of his beloved borough with a?meager budget of more than $1 million; leading him to find a new home in a?village where the median income for a family is $122,717.

Finally, after seeing a beat-up two-bedroom on the fourth floor of a creaky walk-up in one of our coveted school zones for $1.2 million, beyond our budget it seemed we werent choosing to leave, but were being pushed out. But to where?, Zweig asks.

The obvious choice for Zweig, when taking New Jersey out of the equation, was the irony-free retirement community of Hastings-On-Hudson, a.k.a Hipsturbia,” as Gothamist describes it.

Though Gothamist knocks?Zweig story as, ?yet another mundane story?of basic wealth management during a time of worsening?homelessness?and?housing?crises, they point out that its the New York Times readers that really rip this piece apart.

They quote David from Brooklyn, who said:

Oh, good. Another horrible article from the Times’ real estate section. I’ll paraphrase it so you don’t have to read the whole thing:

We had a noisy downstairs neighbor in Brooklyn so we desperately went searching for a new home, though with our modest budget of just over a million dollars (we are, after all, ‘creatives’), we just couldn’t find anything worthwhile, so we bravely ventured north to Hastings-on-Hudson, where we were shocked to find other people just like us, fellow victims of gentrification who had also been pushed out of Brooklyn, and together we’ve created a little ex-urbanite utopia where our kids can frolic and we still get to eat artisanal jam on gluten-free toast. I may have lost some of my street cred, but now we get to hang out with the town’s mayor at parties! Whew.”

@JSEllenberg @ColleenLindsay and they moved to hastings which is now being jokingly called 'brooklyn on hudson'.

Wed like to note that Zweigs piece also highlights all the things that make Hastings-on-Hudson a magical and truly awesome place from its laid back feel; quick drive or train ride to New York City; the artsy, intellectual climate; walkability; Old Croton Aqueduct trail and, of course, the almighty Hudson River.

By contrast, the environment here simply seems friendlier. I chatted with our mayor at a party; the clerk at the mom-and-pop pharmacy smiles at me; my children lit up when we bumped into their babysitter in the stands at the high school football game. As a 41-year-old?thats?cool to me, Zweig wrote.

While having access to local government and its officials is an invaluable feature in a small town like Hastings-on-Hudson, the residents of the village really do create a special communal feel that is unique to this river village.

within a year weve made more friends in Hastings than we did in seven years in Brooklyn.

Even with all the other favorable attributes mentioned, we agree with Zweig that the?friendships are THE absolute?very best thing about Hastings-on-Hudson.