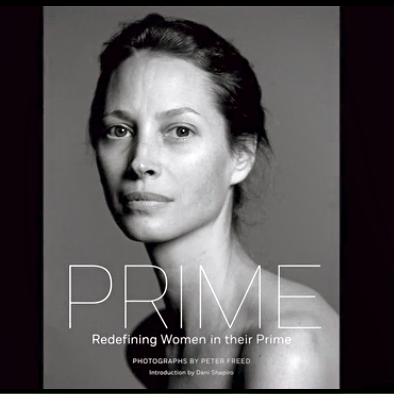 Out of all of the super models and celebrities that hes worked with throughout his 30 year career, the most captivating women to photograph for Peter Freed are real local women in the prime of their lives.

So, the Dobbs Ferry resident complied 65 portraits of women aged 35 to 104 with no make-up, no jewelry and appearing to be free of clothing.

I knew women were good storytellers, says Freed in the Kickstarter video for his book. I grew up with two older sisters and raised two young daughters. I was aware of how media chooses to depict beauty in our country. I wanted the portraits to be authentic and positive.

The Daily Voice?reports that many of the women featured in Prime are from Westchester and Fairfield counties, and include celebrities like Supermodel Christy Turlington and NBCs Natalie Morales. Each woman who was photographed was asked to write an essay on their struggles and how they overcame them, what they thought it meant to be a woman in their prime and how they each challenged assumptions about aging.

The essays came in and I was blown away by how strong and compassionate they were, Freed said.

According to the Daily Voice, Freed was inspiried by Doves commercial a few years back where women of all different body types and ages showed off their natural beauty.

Freed, who told Daily Voice that he is not taking a salary for the project, started a Kickstarter campaign to raise $42,000 for printing, distribution and design costs. A portion of book sales will benefit Women in Need, an organization that provides services to homeless women and children that aim to help raise them out of poverty.