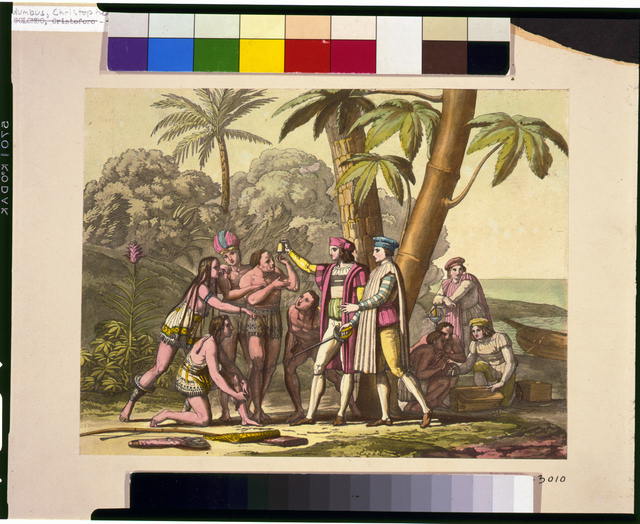 1.) Today is?Columbus Day. It?was first celebrated in?1792 and became a federal holiday in 1937 to commemorate Christopher Columbus’ landing in the “New World,” in 1492 (Columbus sailed the ocean blue – you know you can’t hear 1492 without thinking of that rhyme!)?The Italian-born explorer was commissioned by Spain to find a route to China, India and Asia to find gold and spices. Columbus instead found the Bahamas.

Scholars say that North and South America were “discovered” before Columbus’ arrival, by other groups including the Vikings who decided not to colonize after not mixing well with the natives, according to Huffington Post. Columbus is, however, credited with bringing Europeans to the Americas.

The federal holiday drew criticism over the years because of its associations with Catholicism and from Native American and other groups who say his “discovery” resulted in the colonization of the Americas and death of millions or 90 percent of the native population. According to?History.com,?Columbus?forced the native people into slavery and “imposed barbaric forms of torture” upon his arrival in the Bahamas.

Columbus Day?was originally celebrated as an Italian religious holiday, and today is more of a celebration of Italian-American heritage and contributions made by Italians to American society.

Most schools, banks and government offices are closed today.?Get the details on today’s Columbus Day events in Westchester and NYC from LoHud.com here.

Today we remember the original Westchesterites?of our beloved county, who resided here before?Giovanni da Verrazzano?and Henry Hudson?arrived in 1524 and 1609. Click here to find out the name of the tribe in your town.

Here’s a clip of the Women’s Jingle from a Pow Wow held at FDR State Park in Yorktown in 2008.

3.)?Today is also one of our most favorite days EVER: National Freethought Day.?Today we resolve to to think whatever thoughts we like, and to base our?opinions on facts, logic, science and reason.

According to National Calendar Day, National Free Thought Day marks the end of the Salem Witch Trials on Oct. 12, 1692. It was today that Massachusetts Gov. WIlliam Phips condemned the use of “spectral evidence” during the witch trials. Though spectral evidence was allowed when the trial resumed, Phips eventually pardoned those who were convicted.