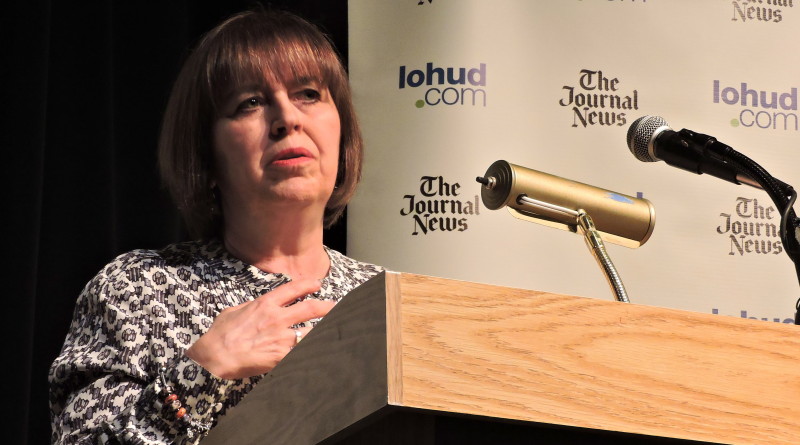 While women seemingly have equal access to the same opportunities and privileges given to their male counterparts; Westchester woman Carol Evans?says unconscious bias?and a lack of support in the workplace?prevent todays women from achieving true equality.

Evans the CEO of Carol Evans Enterprises, woman’s rights activist and Founder/President Emeritus of Working Mother Media explained to the audience at the North Castle Library in Armonk Wednesday night that though American women start out on a fairly equal playing field in the workplace (in terms of having the same education, jobs and pay as men), thats not where they end up.

What happens statistically is that after just two or three years in the job market, men start to pull ahead, explained Evans, who is also campaigning for Westchester Presidential Candidate Hilary Clinton. Men start to pull ahead way before the extraordinary things that happen to women with?work-life balance are even in play.

You can watch Evans’ talk in full on lohud.com below:

So, why are men getting further ahead faster?

Evans says it’s because men are asking for more money and more promotions, while women are waiting around for?opportunities to be?presented?to them.?Women, she said, are also more involved in their work. Evans says women are more likely to consume themselves?with running their companies and focusing on getting the job done, and often don’t take the time to?stop and see how they could be making advancements for themselves.

Women are no doubt still experiencing unconscious bias, and thats why its happening so early in these careers, because right away the power of the unconscious mind that tells us that men have always been in positions of power and men have a greater ability to perhaps protect us, explains Evans.

Thats how unconscious bias works, its not sexism. Its something that is deep in our minds and in our hearts that say men are taller, stronger, faster and, perhaps, more capable of protecting our family, our community, our company and maybe the better choice. Its unconscious.

Evans says these unconscious biases have found their way into the minds of both men and women, which lead women to ask for less and men to doubt their abilities to hold positions of power.

Though Evans acknowledges that women arent being held back and denied opportunities as like they once were, in 2016 women?are only reaching a comfortable place in the middle and have a more difficult time achieving those top positions of power.

As you can see below, the stats shrink as women make their way to top positions:

If our voices arent heard in the board room, the most important aspect of leadership, companies in the country as a whole aren’t?really reflecting female talent, says Evans. 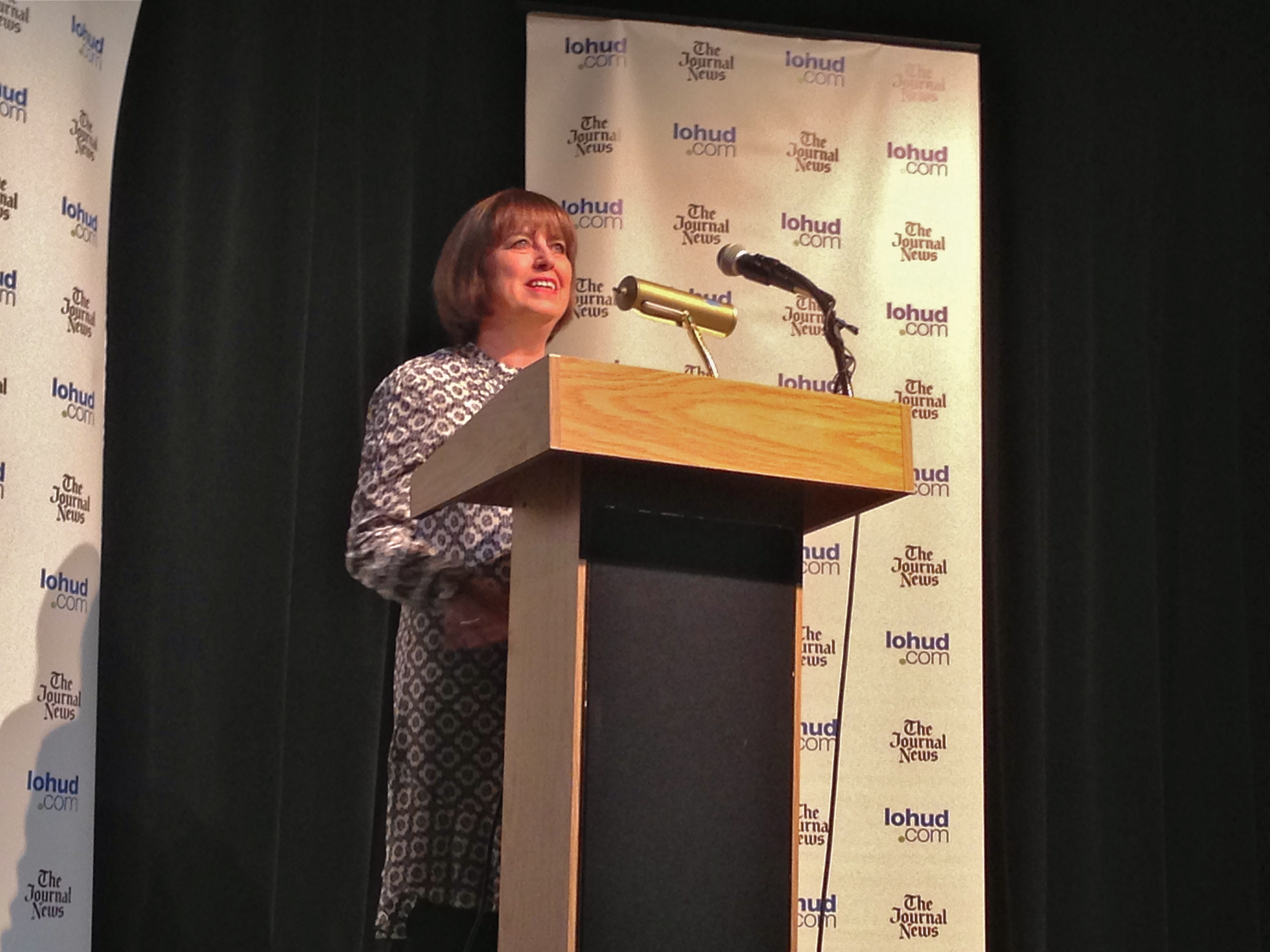 Some of the obstacles women face while trying to get to the top include a lack of paid family?leave; bias toward mothers in the workplace; and unequal pay.

Women as a whole, according to Evans, make only $.77 for every $1 a man makes. That number shrinks for Latinas at 52% and 58% for black women. On average, women will lose out on $430,000 in income over their lifetime because of the wage gap, which also affects their pensions and social security.

Eventually when women climb the corporate ladder, at some point they’ll find that they are?the only woman in the room.

A lot of women get distressed because they dont see role models within the companies where they work, said Evans. They start to feel like theyre not going to get ahead and that theres something restricting all the women they know who are so talented and bright.

This causes women to abandon their corporate climb to find alternatives. Though the U.S. has made lots of progress in womens equality, we are very far behind other countries when it comes to true parity. 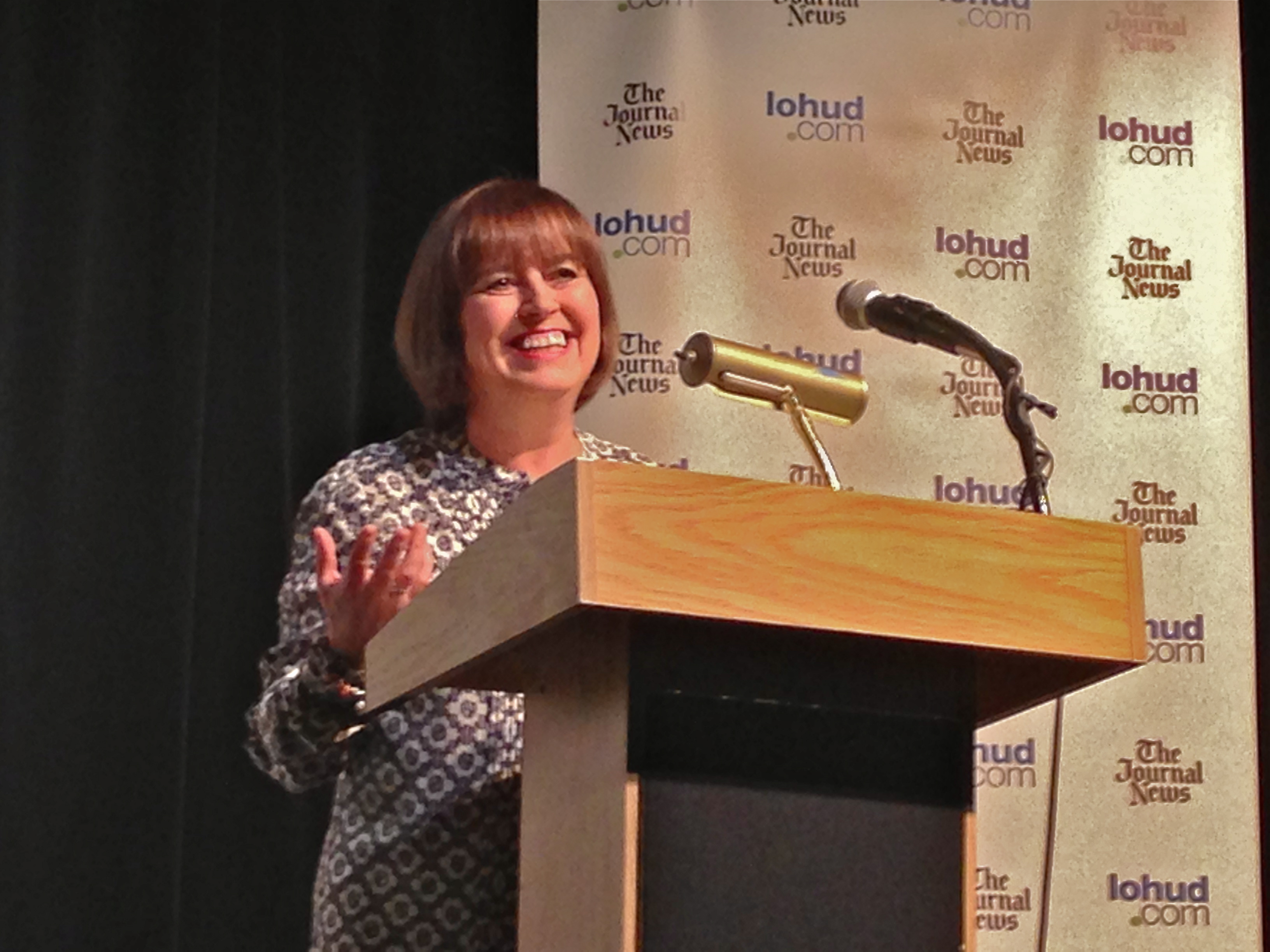 Westchester is home to some major powerhouse women who lead the countrys top corporations, like PepsiCo?CEO and Chairman Indra K. Nooyi. However, Evans says that women CEOs and in high-profile positions often feel isolated, as many of their fellow Westchester women are stay-at-home mothers without careers.

Women who are working feel guilty for not being home with their kids, and women who are at home feel guilty that they aren’t using their skills and training, Evans told Westchester Woman. Thats the most astonishing thing. Lets just have joy and play and put guilt aside.